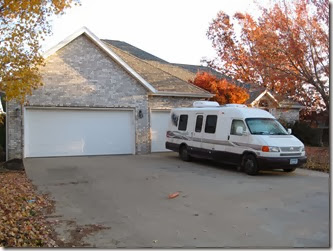 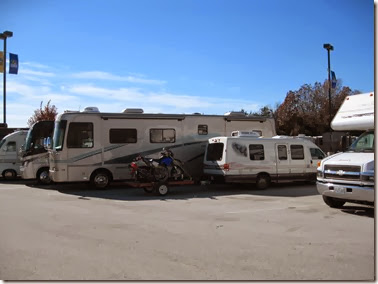 Thanks for sharing, Thomas. Your writing always entertains, informs, and touches my soul. You're a gift to us. Keep up the inspired writing. Randy Fujishin

Okay, that video was full of so much awesome. He tells it like it is and so do you and it is appreciated.

Your rig looks small compared to the brontosaurus beside it. What surprises me with those mammoth rigs is that the owners do not take any special training to drive one. We get special training for our motorcycles (itty bitty in comparison) but they don't feel they need special training.

Well, I guess it is that confidence thing again.

A lot of the people who drive those massive vehicles DO take training courses. Some of the better dealerships insist on it before they'll let you drive away, and so do a few of the rental agencies.

Of course, the better dealerships and agencies are a lot more expensive, so the "so what if it sucks, it was CHEAP!" crowd aren't getting that benefit. As much as I hate efforts to legislate sanity, I kind of feel like anyone getting on the road in any sort of powered vehicle (probably not bicycles, but anything with a motor) ought to be required to take a good training course first.