If you owned this, what would you do with it? 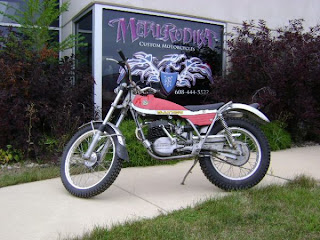 Completely original 1974 Bultaco Sherpa T 350 trial motorcyle with less than 200 original miles. Runs excellent and lovingly maintained. Additional competition fenders, skid plate and race tags included. This bike competed in Vintage World Trials Championships in Park City Utah! A unique collectors piece. Not many of these around and in this pristine condition.

I am not and never will be, a vintage motorcycle fan, but this was tempting for a few moments.One, the Bultaco Sherpa T was and is a beautiful motorcycle. Two, I really want to find a trials bike to play with, again. I sold my '86 Yamaha TY350 a few years ago when a knee injury convinced me that I wouldn't be doing that sport again and, now, I'm missing that great bike terribly.

But what would/could I do with a near new 1974 Sherpa T? I'd be afraid to ride it, since anything I do will degrade that stratospheric $4200 investment. Not only do I not have a cool place to display a brand new-looking dirt bike, but I'm not inclined to do that sort of thing. The next bike is even less useful, even more expensive but almost as cool. Lovely to look at, but completely useless. 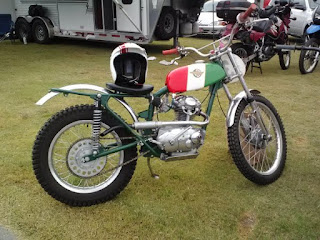 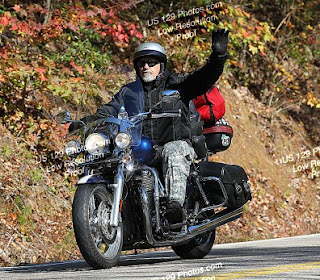 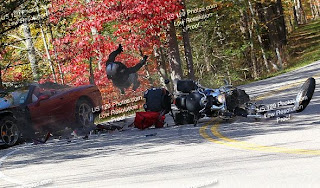 A Trio of Stupid Vehicles 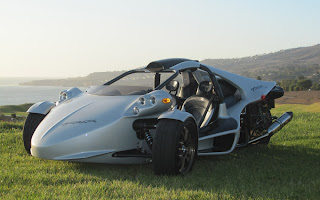 As if there aren't enough stupid vehicles on the road, Campagna Motors introduces one more stupid trike because you can never have enough of a bad thing.

To follow that depressing "news," I was barraged with a collection of silly pictures of even sillier vehicles. I have included at least one of the silliest. If I didn't know better, I'd think Monty Python "designed" the goofy looking "vintage thing." On second thought, they had better taste than that. And they were funnier. 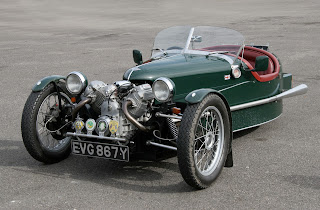 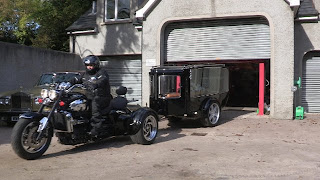 At least the Irish rig comes with the right accessory, a hearse/coffin carrier. Everything about three wheels affects me like a three-legged stool. It is bad design work from start to finish. If one of these idiots had the sense to make the damn thing front wheel drive (with two wheels in front), it might have a chance of making sense. Maybe.

For added stupidity, this idiot proves that any fool can burn up tires, but most fools can't turn worth squat. Watch him practically come to a stop anytime this POS has to turn a corner. We can only help he burns up his inheritance on tires and has to do something productive with his otherwise worthless life.

I have got to get some kind of helmet cam going again. My ride into work today was crazier than bumper cars at an ABATE beer bust. People crossing 3 lanes to exit and stopping in the middle of the freeway to backup when they missed the exit. This is why Californians started carrying guns on the road. Someone has to remove these idiots from the gene pool. The police are hiding behind signs out in the boondocks, where it's safe. The freeway has become a real freeway; with emphasis on the "free" part.  If you ever possessed delusional idealism about how the free market is lubricated by the "natural human rational desire to optimize personal benefit," you're either a distracted driver or purely superstitious. People are crazy. Dumb and dumber.

It would be fun to film a series of commutes and comment on the lunatics for something to post on YouTube. I will always be amazed by people who can't merge but who think they are in control of their vehicles tailgaiting at 70mph and 15 feet behind a car or truck. There is a reason Americans are 23rd in math skills.
Posted by T.W. Day at Thursday, October 11, 2012 2 comments:

An acquaintance from work bought a used Harley for the usual reasons; middle age funk and more money than sense. He had the bike for a couple of weeks before he discovered that he was no longer a motorcycle owner, he is now a motorcycle theft victim.

As a brand, Harley's are no longer the most popular motorcycle among thieves. Honda has taken the top shelf, followed by Yamaha, Suzuki, and Kawasaki. (More detail about motorcycle thefts in 2011 can be found on the National Insurance Crime Bureau's analysis of their data.) Minnesota is ranked 35th among the states in number of bikes stolen (329 in 2011). One piece of depressing news is that 63% of stolen bikes are not recovered. While thefts were down 6% from 2010, the 47,000 motorcycles lifted in 2011 means a bike was stolen somewhere in the US every 11 minutes.

There is probably a moral here, somewhere. I've sort of given up on looking for morals in the state of decay where our collapsing empire current resides.Based on popular opinion and current politics, I suspect they are overrated and under appreciated.
Posted by T.W. Day at Wednesday, October 10, 2012 4 comments:

A lot of folks think they are joining a "club" of some sort when they buy a motorcycle and start riding it on warm sunny days. If there's a warm weather club, the cold weather riders are practically family. 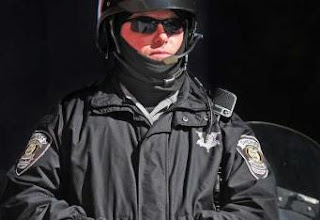 Today's ride into a couple of business meetings and work was the first near-freezing ride of the fall. Winter in Minnesota is on the way, although next week is supposed to be warm again; at least, during the days. Twenty miles and two stops later, I'm on my way into school and stuck at a stop light about 5 minutes late for a morning recording session. I am freakin' in love with my Aerostich heated gear and thinking about how uncomfortable I used to be on days like this before I had electric gear. One of St. Paul's "finest" is trying to make a left turn from the lane to my right. He's dressed like the cop in this picture, except his gear is leather. I think that includes his face mask. He looks close to frozen. He sort of wobbles into the intersection, comes to a stop because the car coming across from the other lane is moving too slowly for him to time the turn. Just before he took off for the turn, I saluted him as a fellow "rider in the cold."

When he stopped to let the opposite direction traffic go by, he saluted me back; with his middle finger.  Huh? Does a hand to the helmet mean something different in Minnesota? Maybe he was jealous that he had to ride a four-ton Harley while I was on my V-Strom.

Maybe that frozen leather gear soured his disposition? Would mine. I admit I was surprised to see the pudding bowl helmet with the gangbanger face mask on a cop. It's probably been there all the time, but I just wasn't looking. Honestly, I haven't seen the St. Paul motorcycle cops on the road much all year. So, my reason for thinking about them is pretty remote.

The whole incident did remind me that there is/was/always-will-be a "them and us" divide between the cops and citizens. Even when were are the only motorcyclists on the road together on a cold October morning, that divide keeps us apart. That nasty tax collector aspect of their job puts a barrier between them and us and I don't see that barrier growing any smaller in the foreseeable future. One of the guys at work thought it would have been quite a bit different if we'd have swapped salutes. I can't disagree with that.
Posted by T.W. Day at Friday, October 05, 2012 3 comments:


I might need one of these (Ryno Motors).Since my Polaris Electric Scooter has bit the dust, my electric transportation system has vanished.
Posted by T.W. Day at Wednesday, October 03, 2012 No comments:

How You End Up on a Hoveround


I guess it was some kind of fitting that this video was linked to an ad for "How you get your Hoveround."This wall-to-wall list of motorcycle crashes is a testament to human flexibility. I have no idea how some of those people bent that far and ever moved again.
Posted by T.W. Day at Tuesday, October 02, 2012 No comments: 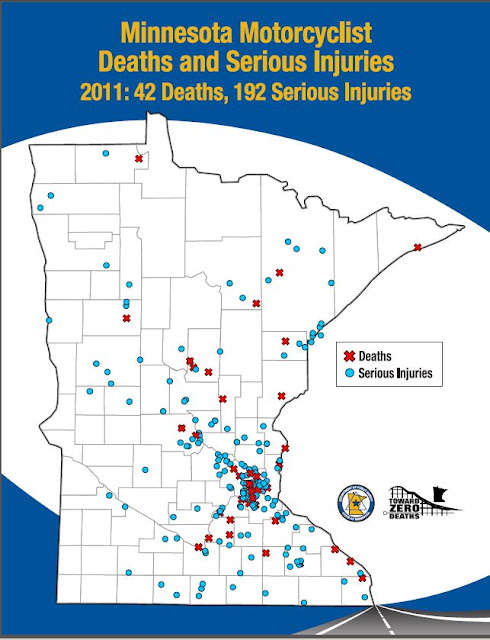 Here's a picture of where we're crashing in Minnesota. There is more data to be found by clicking on the graphic.
Posted by T.W. Day at Monday, October 01, 2012 No comments: