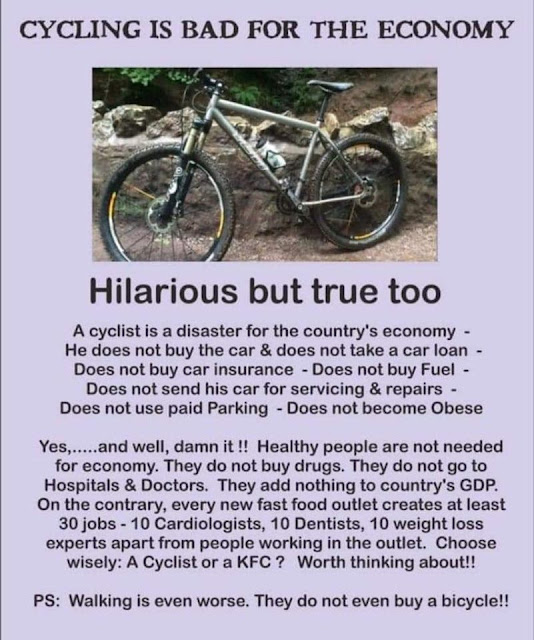 Years ago, I sold my 1979 Honda CX500 to a good friend who used the bike to move from LA back home to Idaho. At the time, I thought I was doing him a favor because good old LA was killing him and he needed to cut free of all of the crap that held him in place. Moving by motorcycle is one of the best ways to give up crap that you don’t need. He made it to Idaho, restarted his music career there, cut some records, toured with some big name acts, and quit riding the motorcycle because he was afraid he’d fuck up and damage his hands. After one winter in storage, mice chewed through the bike’s wiring and started a fire that burned down his garage, turned the CX and a car into ashes and scrap metal, and convinced my friend that motorcycles were in his past.

My wife saw James Taylor on Late Night with Seth Myers and we had an argument about Taylor’s age. (I thought he is my age. She thought he is 5-8 years older.) I looked up his stats on Wikipedia and I was right, he is three months older than me. However, while I was browsing his history, I hit this bit, “On July 20, he performed at the Newport Folk Festival as the last act and was cheered by thousands of fans who stayed in the rain to hear him. Shortly thereafter, he broke both hands and both feet in a motorcycle accident on Martha's Vineyard and was forced to stop playing for several months.” I did not know that Taylor lost six months of his career between his first Apple Records release and his first Warner Brothers record, Sweet Baby James. 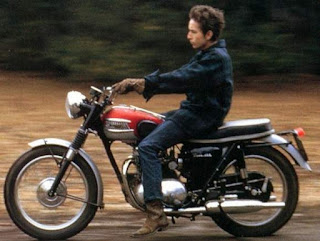 A more well-known motorcycle career alteration was Bob Dylan’s 1966 motorcycle crash that occurred the month Blonde on Blonde was released. When Dylan reappeared, he was dramatically lower energy, with the country-music-influenced John Westly Hardin in ‘67 and Nashville Skyline in ‘69. By all accounts, Dylan’s crash was more of an ego bruising than a serious injury, since he mostly moped around in a neck brace for a few weeks and was never hospitalized for injuries. Dylan was a notoriously awful motorcyclist. As Joan Baez recalled in her biography, “He used to hang on that thing like a sack of flour. I always had the feeling it was driving him, and if we were lucky we'd lean the right way and the motorcycle would turn the corner. If not, it would be the end of both of us.” Lucky for Bob and his Nobel Prize future, he quit riding motorcycles before they finished him. Although I recently read an interview with Mark Howard, a record producer, who claims to sell an occasional cobbled-up cruiser to Dylan. Hopefully, Bobby just collects them.

Piano Man Billy Joel got whacked on his Harley in ‘82 by a cager running a red light and, for a time, had concerns that he might not play piano again. Billy still rides and even has a Leno-style collection of motorcycles. Mostly, he’s a Moto Guzzi fan, but he owns 70’s and modern Japanese bikes, Harley collector bikes, and some customs. He still rides, although not particularly well.

Duane Allman famously ended his career and life crashing into a stopped flatbed truck hauling a crane; hardly a hard-to-see or avoid obstacle. Allman was, like Dylan, a notoriously mediocre rider and, worse, he had a fondness for disabled, strung-out choppers which played a prominent part in his demise. Berry Oakley, the Allman’s bass player, rode his Triumph into a bus 14 months later. The trajectory of that fabled rock and blues band was forever altered and mangled by the loss of those two key members.

A more typical Rock and Roll motorcyclist even was Aerosmith’s Steven Tyler’s 1981 crash, mostly caused by his drugged-to-oblivion state of mind when a tree jumped in front of him. Lucky he crashed on the way to pick up his daughter from a babysitting gig, rather than afterwards with her on the bike.

Billy Idol, a classic rock nitwit, wandered through a stop sign in 1990 and met a car at moderate hippobike speeds. He broke an arm and a leg badly enough doctors almost had to amputate. In 2010, Idol crashed again. Big surprise.

Some of the rest of rock and roll’s biker mistakes are Dire Straights’ Mark Knopfler, the Red Hot Chili Peppers’ Anthony Kiedis and Chad Smith, Richard Fariña, and, of course, Bono managed to mangle himself (fractured shoulder blade, humerus, eye socket, (orbit), and pinky finger on a bicycle. Waiting in the wings is Justin Beiber. If you’ve seen him demonstrate his “skills” on YouTube, you know that goofball is going to tear up a bunch of tattoos any day now.

As best I can tell, music and motorcycles are a bad mix. But motorcycles and most things don’t mix well, so that’s not news either.
Posted by T.W. Day at Monday, June 01, 2020 6 comments: