Years ago, I worked for a company that had the usual riff-raff for a CEO. He came to work late, mostly hung out with the cute secretaries (which were the only active hires in which he involved himself) for the few moments he was in the office, flew himself all over the country pretending to be doing "marketing" (while he scoped out other execs' secretaries), and took weeks off every few months to recover from mystical "backpain" (those CEO-free periods were always the most productive and profitable months of the year. One of the many irritating "truths" this guy taught me was "perception is everything." This is, of course, only true because consumers (humans unfit to be called "citizens") are idiots. Even worse, they are lazy idiots.

Like most of the things I've learned about my fellow humans, this is not good news for anyone but those who prey on fools. The idea that reality has no basis for comparison and verification is exactly like claiming "If I say it is, it is." The inspiration for this rant came to me when my brand new subscription to Rolling Stone appeared in the mailbox and on the page after "Correspondence" (letters to the editor) a full page Victory ad titled "Victory Hooks It Up" displayed an incredibly ugly Vision (I think) with a wimpy tattooed girlyman screwing up his chinless face into a sad example of "bad biker face" leaning on the seat (he's so tiny he makes the bike look like a railroad car) in a paint garage. Biker boy is a guitar player (loosely put) from the garageband "Five Finger Death Punch" If you can get their overloaded-with-ShockWave plug-ins website to load, you can listen to their overwrought, uninspired death metal drivel on their "Media" page. I like to call this "pissed-off spoiled rich kid music." (I'm sure Paul Ryan will put them on his iPod in a decade or two). It's a version of the kind of "punk" that drooled out of Southern California in the 80's; more spoiled brats complaining that mommy didn't buy the right Mercedes for their middle-school graduation present. This kid, Jason Hook, is posed leaning against the bike's seat, with his arms crossed so he and push out his flabby little heavily tattooed arms to look like he might have a muscle in there somewhere. The dude might be 18 and he's already doing a Donny Trump comb-over to hide his receding hairline. The tattoo on his neck looks like a clown's bowtie and he's clearly as comfortable in a workshop and leaning on the bike as Trump would be in a factory assembly line. 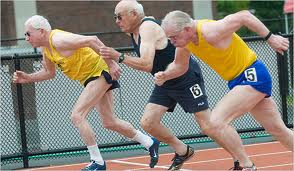 Victory is (probably successfully) trying to link the company's vintage technology to people who are younger than . . . me. In fact, Harley and Victory are desperately trying to connect the Marlon Brando badboy thing to people who aren't ready for Hooverounds because their key demographic is dying faster than they can crank out bikes for old men. The only old guys who will still be riding in a few years will be guys who spent their lives riding dirt bikes or road racing. The Harley crowd is suffering the price of the Harley lifestyle: at least the ones who haven't already died from heart failure, stroke, the clap or AIDS, dementia, or general purpose stupidity.

I don't see it, but that amounts to a completely clueless opinion. I never imagined an under-50 group that would be dorky enough to call themselves "Young Republicans." That's as oxymoronic as "old athletes" or "smart hillbillies." With perception being everything, anything is possible in a world where reality is so distorted that calling smart people "elites" and Paris Hilton a "job creator" is a successful tactic. I guess. I gotta move to Montana and start growing dental floss.

If I were a better person, I'd quit picking on this "local" company because . . . it's not nice to beat up on the handicapped. If Polaris had grown the balls to buy a piece of KTM, I might have a completely different outlook on the company. But . . . goddamn it, this kind of shit is just too easy to whack on. I feel like Stephen Cobert watching the Republican National Convention trying to decide which piece of lunacy to to hammer at first. I'd love to give you a link where you can look at this ad, but Victory has wisely kept this one off of the internet because it is such perfect material for ridicule. Maybe I'll scan it. This can't go unridiculed.

[Ok, I did scan it. You tell me if I'm over the top on this one. Not that your opinion will change how I feel about whiny rich kid rock.]
Posted by T.W. Day at Monday, September 03, 2012