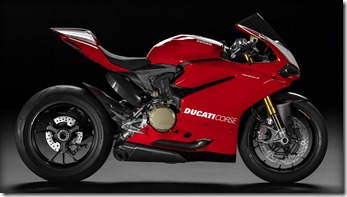 Popular Mechanics’ Alexander George wrote one of the worst, most shallow reviews of a $25,000 motorcycle, Ducati’s Panigale, that I have ever read (10 Days on the World's Angriest Street-Legal Motorcycle). He hit rock bottom on the last page with his “analysis” of the Panigale’s reliability: “But the Panigale, with all its precision engineering and moving parts, requires little maintenance. Change the oil and filter at about 600 miles and you're free to continue thrashing the bike until the odometer hits 7,500. A Japanese-tough Suzuki V-Strom, by contrast, needs attention 1,500 miles earlier.It's strange to have that reliability on this type of bike because every component on the Panigale is as expensive, sophisticated, and often complicated as you can buy.” Unlike every other Ducati, the most expensive, complicated edition of their models is somehow going to overcome the usual Italian suspects’ flaws and faults? I don’t think so.

Like marketing literature, anyone can paste together an owners’ manual with random numbers attached to inspection or maintenance intervals. The proof will be when the 7 people who buy a Panigale use those suggested intervals successfully for 100k miles. I’m betting the Ducati never sees that kind of use, ever. Hell, Ducati could probably have make the oil change interval at 10,000 miles, since only one out of the 7 purchased will ever see that much use.

Like most motorcycle magazine reviews, this was just a wall-to-wall gush festival. George loved everything about the Ducati, including how stupidly the bike’s power and handling influenced him, as a rider. I have no idea how competent George is, but if he’s a solid rider (as you’d expect a magazine writer/reviewer would be) his experience and example should be multiplied a few times for the sort of person who would be inclined to buy this bike. The man simply rode massively over his head and counted on Ducati’s electronics to save his ass. That might work for a near-pro rider, but it’s going to be messy when the ordinary, mostly-unskilled up-scale American rider gives it a shot.