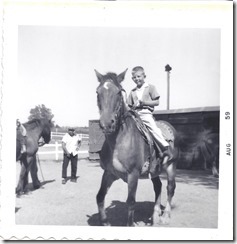 When I was a kid, growing up in western Kansas, I assumed that everybody knew how to ride a horse. I did, after all, and I was a “city kid” and most of the people I knew were city kids and all of them rode a horse at some time or another, I assumed. I had an uncle who had a large eastern Kansas ranch and who kept horses, a lot of horses. I started riding horses when I was about five and kept at it until I was in my mid-twenties. When I moved to Dallas, Texas in the late-60’s, I discovered practically no one in that city had ever seen a horse outside of television. I was practically considered a “cowboy” because of my hometown and the fact that I knew how to saddle and ride a horse. 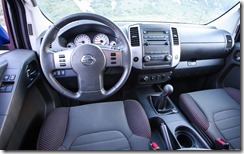 Now, I take more than a little crap from the fact that I own a manual transmission pickup, one of the last made and sold in the US: a Nissan Frontier. “Nobody” drives a manual anymore.” It’s almost true. Fewer than 3% of cars and trucks sold in the US have manual transmissions. Ten years ago, half of the vehicles sold had manual transmissions, especially trucks. It won’t be long before the only people who know anything about shifting gears will be motorcyclists and even that could change quickly. Scooters have always been “automatic” shifters and some motorcycles are going that way, too. My wife tolerates our pickup, but she has decided she wants a mini-van with an automatic transmission and all of the extras. My driving days are numbered and I’m not complaining. Part of the deal we made with the pickup was that I’d keep driving as long as we had it. When we go back to an automatic transmission vehicle, I’m moving to passenger-only status. It’s not a punishment for her, but a reward for me after driving more than a million miles in my lifetime, I’m opting out.

Some people believe that possessing a driver’s license is an important thing. A rapidly increasing number of Americans disagree. “Among young adults, the declines are smaller but still significant—16.4 percent fewer 20-to-24-year-olds had licenses in 2014 than in 1983, 11 percent fewer 25-to-29-year-olds, 10.3 percent fewer 30-to-34-year-olds, and 7.4 percent fewer 35-to-39-year-olds. For people between 40 and 54, the declines were small, less than 5 percent.” Owning a car and driving are less important in urban areas and are becoming less important in small-to-mid-sized cities. Red Wing, for example, has a terrific bus service that will pick me up at my driveway. It’s only 3 miles to downtown from my near-edge-of-the-city home, so walking or bicycling makes a lot more sense than driving about 90% of the time to go downtown. Getting to the Cities is more complicated, but not impossible. Amtrak has a daily “shuttle run” to the Cities, even though the times are weirdly inconvenient. There is talk of a “Red Rock Corridor” rail that would connect Red Wing and other Mississippi Valley cities to the Twin Cities. If that happens, even these rural areas1 could see a drop in car ownership. 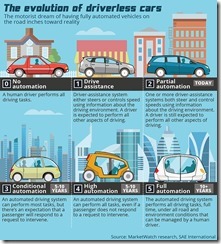 
1 An unanticipated effect of this shift would likely be even more abandonment of the rural areas, fewer resources for small towns and disconnected areas of even high population states like California, and more electoral catestrophes like the 2016 election unless the Electoral College idiocy is addressed. Not all Future Shock stresses are desireable or healthy. They just happen and we react as if “nobody knew it would be this complicated.”
Posted by T.W. Day at Tuesday, July 18, 2017