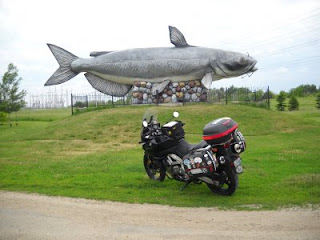 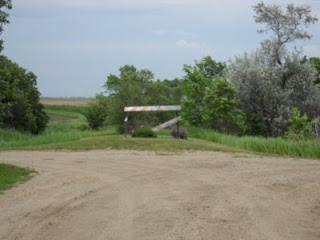 Interesting. I'm starting to plan my first long distance trip and Wyoming is going to part of the route back. Wild you say? Should be interesting on a SV650s...good thing I ordered my Corbin last week.

When I first went to Colorado on my own I was rather disappointed to discover how much of it was private property, no trespassing, keep out. Hey, guys, I mean, what about Jim Bridger? Where did the wilderness go, as opposed to no fishing or hunting or anything?

Years later I read articles by Bob Hicks in his once-upon-a-time magazine New England Trail Rider. He described finding in the surveys still-on-the-books rights of way that he and his friends would explore, having to meet the occasional shotgun with brandished legal documents promising Armageddon or at least a bothersome day in court for those who dared stand in their way. Abandoned towns, railways, and roads. Bridges to nowhere, lacking floors.

This has been balanced, in my mind, by the knowledge that there are people whose every second word is "Penton" (Ed Youngblood is example #1) so the off-road world would, I knew, do just fine without my two cents.

It was always my fondest hope that, after a long and arduous climb, using oxygen, crampons, pitons, rope, and all the craft of the climber, the alpine assault team finds pay binoculars atop the summit, with a display of scenic postcards. Makes me think of poor old Scott, struggling against all odds to the South Pole only to find the area littered with Amundsen's excess gear.

In fact, at Baxter State Park we were passed on one of the trails by a man in a hat and topcoat, carrying a suitcase. No go-light, rip-stop down-and-nylon Eastern Mountain Sports establishment for him.