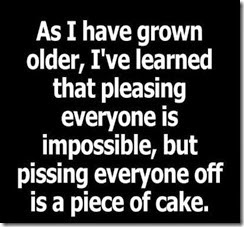 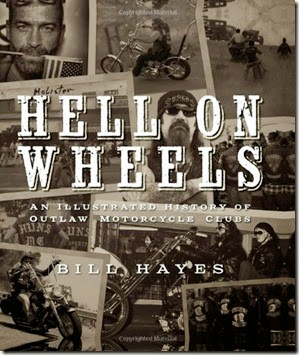 This is the first in the “series” of book giveaway reviews. It’s also going to be a pretty brief, lame review. To be blunt, I have nothing in common with the subject matter. You could claim, like the author and his subjects, that this is a motorcycle and motorcyclists’ book, but it ain’t. This is a lifestyle promotion and I despise the lifestyle it is promoting. This book isn’t even in the territory of the wonderful AMC cable television series of the same name. Considering the cast of “characters,” there was never any hope for that.

Early in this mostly-picture-book, George Christie, ex-Hell’s Angel president of somewhere or another, is quoted, “As I got deeper and deeper into the enthusiasm of the motorcycle, I saw the possibility to fill the void that was left by the military by getting involved with the club.” Enough said. These little boy’s “clubs” are exactly what they look like, weird homophobic in-the-closet gangs of excess males who weren’t properly loved by the mommies and daddies. Christie (who has to be a near relative of New Jersey’s govenator, based on the lameness of his philosophy) continues, “I remember so clearly that the perception people had of me—even those who really knew me—immediately changed as I embraced that lifestyle.” What a surprise, when you dress and smell like a pirate who hasn’t seen land or a shower for months, people make assumptions about who you are. Worse, that old “biker lifestyle” bullshit covers up a lot of degenerate behavior (like the Angels’ monopoly on cocaine sales in the 80’s and their dominance of meth today) as if it were just a matter of appearances. There is a reason these assholes are generally despised and it has nothing to do with motorcycles. It has a lot to do with the reason the FBI categorizes these morons as “domestic terrorists” and racketeers.

The prose between pictures of fat old men in pirate outfits is along the lines of Louis L’Amour’s worst. A lame attempt to balance macho bullshit with god-awful country-western poetry decorates the bold and plain print. I guess you just have to be a fan.

Come Friday evening
I don't shower, I don't shave
And I put my little earring in
And it's time to misbehave
Yes I will clean your teeth on Monday
Or put braces in your mouth
But don't flash 'em at me Sunday, boy
Or I just might knock them out

Remember, the funniest (by my LOL calibration system) comment about this review gets the book.

Technorati Tags: geezer with a grudge,contest,book,review,hell on wheels,bill hayes,motobooks
Posted by T.W. Day at Tuesday, July 22, 2014

Based on the review, I really don't even want to comment...

I do not want this book. However, if you award it to me please be sure to sign the book. That way I can at least get the value of your signature on eBay.

Not much of a contest here. Tom McGoldrick wins. Email me, Tom, and let me know how to send you the book.

Yes, victory is mine!

It's on the way. If you don't actually "enjoy" this book, I know you're going to laugh a lot.