#63 Bikes That I Love and You (apparently) Hate

At the end a workday this summer, I was surprised to see a new bike in our tiny area reserved for motorcycle parking. Even more surprising was that the bike was a 1988 Honda Pacific Coast PC800, one of the most unloved motorcycles ever imported to the United States. Honda tried to hustle us with this bike, off-and-on, between 1988 and 1998. We weren't going for it. Too quiet, too practical, too comfortable, too durable. Too something.

As you have already probably figured out, I like the PC800. I hung out waiting to meet the PC owner for a while. Two other bikers came by while I waited. They both had one or two nasty things to say about the "plastic glob" in our parking lot. When the owner arrived, he was suited (Aerostich), helmeted, and had his keys in hand. He walked purposefully toward his bike, avoiding looking at me, leaning against my bike and evidently looking to make a comment on his ride. I said, "Nice bike." He flinched and quickly swung a leg over, fired up the bike, and rode off. Obviously, he'd had and earful of the kind of comments the other riders make about the PC.

I managed to catch him a few days later, in a better mood. He said he'd made it to the freeway before he realized I'd complimented his bike instead of insulted it. We had a short conversation about his experience with the Pacific Coast and he confirmed my expectations of reliability, mileage, convenience, and comfort. He even said the PC was "a lot of fun to ride, especially long rides." His wife even liked taking trips with him on the PC.

I can't figure the reasoning behind all kinds of human decisions, from politics to music to motorcycles and everything between and outside of those brackets, and I'm at a loss to understand why the average motorcycle commuter wouldn't love the PC800. Unlike most of you, I've wanted a Pacific Coast, as a second bike, from the moment I saw one. Unfortunately, I never seem to own two bikes for long enough to consider multiple motorcycle ownership a practical concept. I have had the opportunity to ride the Honda Pacific Coast a few times and I found a lot to like about the bike. About a decade ago, a friend asked me to transport a PC800 from northern Iowa to central Kansas; and I loved every mile of the trip. It's like a comfortable car without the extraneous wheels. Great storage, smooth and quiet engine, cushy suspension, and it feels much lighter on the highway than you might expect. What's not to like? All that plastic, probably. No noise? The damn comfortable seating and predictable handling? The built-in storage?

A while back, I really pissed off one of our readers and earned a long, heated, rambling, saliva-spraying complaint letter to the editor. (Like that never happened before. Right, Victor?) Most of the reader's complaints were expected and more than a little funny. One of his claims, however, struck on a pet peeve of mine. He claimed that he didn't ride a motorcycle regularly because "a quality, fuel-efficient bike is not cheap." It's probably a taste thing. That reader's tastes are similar to thieves' tastes, since he claimed that his bike "within a month it would certainly by [sic] stolen or vandalized" if he rode it to work. Maybe he works at the wrong kind of drinking establishment? Maybe all that chrome attracts the wrong kind of attention? 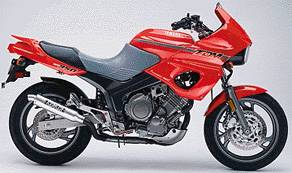 I cared for that big red bike like it was the coolest guitar I ever owned. I waxed it, put road bags on it, installed new bars, crash rails, hand guards, a tall windshield, and dinky LED turn signals. (That's as tricked out as any street bike I've ever owned. Pitiful, I know.) A few months after buying the bike, my wife and I rode to an Aerosmith concert in Denver. We parked the TDM in the midst of Harleys and other chrome-laden cruisers, in our usual state of turmoil. My wife is not a willing bike passenger and any ride longer than a few hundred feet often turns her into an angry motorcycle protestor. In that state of marital discord, I managed to walk away from the bike with the key not only in the ignition, but with the ignition still on and the headlights blazing and turn signals flashing. Aerosmith audiences are on the far fringes from politically incorrect and, after the concert, there was a rash of stolen stereos, keyed bike paint jobs, snapped antennas. In the motorcycle parking area, bikes were tipped over and a few Harleys had vanished from the lot. The key was still in the TDM's ignition, the battery was drained, but the bike was untouched. I push-started it, came back for my grumpy wife, suffered a little mockery from the rent-a-cops, and rode home. Obviously, my TDM was not on the vandals' or the thieves' radar. I think that's a good thing.

The fact is, there is a plethora of reasonably priced, low-mileage, high efficiency, comfortable, practical motorcycles available. (Yes, El Guappo, I do know what "plethora" means.) Personally, I think the trick is to avoid ownership of things that others covet. I, especially, try to avoid owning things that professional thieves go out of their way to steal. Here are a few of the machines that I think meet the high standard of "a quality, fuel-efficient bike" that are reasonably priced, if "not cheap": Back in the 80s, I owned both the 1982 and the 1983 versions of the Yamaha XTZ550 Vision. How can you not love a water-cooled, drive-shafted bike that gets nearly 60mpg and has a heating system (in the faired 1983 version)? Americans did not love this bike and it was another dealer-discounted bike that took almost three years for Yamaha to move from show rooms. Other than a couple of minor maintenance problems, I rode the hell out of my Visions and got most of my money back when I sold them. 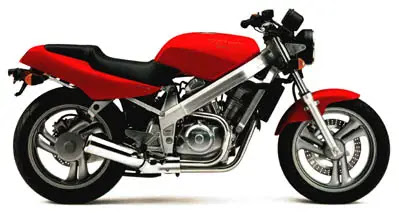 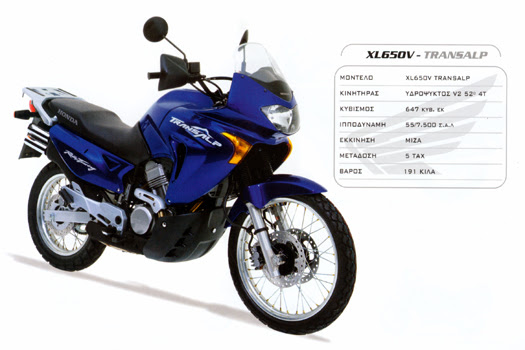 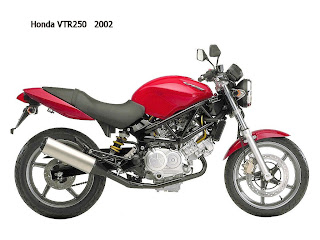 Now, I can guess what you're going to say about a lot of these picks of mine, "I'm a forty-year-old, five-foot-six, two-hundred-and-sixty-pound guy and I'd look stupid on any of those bikes." Trust me, with that physical description you'll look hilarious on anything smaller than an over-under-tranny White Industries farm tractor. I know because . . . I know.

Several of my friends say that, in my 25-year-old Aerostich one-piece, I look like a giant gray sausage with salmon trim. Salmon, the color, not the fish. There is no fix for being a hippo, except for getting rid of the hippo-ness. A fat guy on a hippo-bike doesn't look any skinnier than he would on a 50cc scooter. Bikes look cool because they are cool looking, because they have some dedication to function that drives their form to coolness. To my eye, the hippest bikes are so committed to their function that they blow off fashion and trends and charge after the function they've identified without getting tripped up on whatever foolishness the rest of the industry is pursuing.

Economically, it makes more sense for manufacturers to join the pack and follow fashion down the drain of human conformity. Technically, whatever is happening today is already past-tense. Many of the bikes listed above sell for more today than they did when they were on dealers' floors. Some were so far ahead of their time that their time hasn't, apparently, come yet. Or I'm as motorcycle fashion-sense-inhibited as I am devoid of any other fashion sense. Personally, I think the weird non-functional designer bikes are the motorcycling equivalent to the strange Vogue/GQ crap that clothing designers display in Paris. Jeans, loose cotton shirts, Goretex hiking boots, and motorcycles designed for a function are what trips my trigger. Your mileage, apparently, varies.