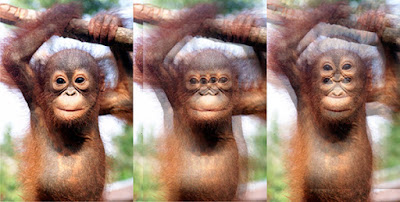 For the last month or so, my 71-year-old vision problems have multiplied into what appears to be a show stopper for what I had hoped might be my last years as a motorcyclist. Last year, about the same time, I had a sudden bout with double-vision that took me out of the driver’s seat until I ended up with a variation in my glasses prescription that involved prisms. (I have no idea how that works, but it did for about a year.) Early March, this year, it happened again, but way worse. Another visit to the optometrist and I learn that my eyes’ offset has flipped and that is an indication of something serious going wrong. So far, none of the various tests I’ve undergone have enlightened either me or the docs.

I don’t know about you, but I am not inclined to be a one-eyed motorcyclist. I’ve put in a bunch of miles on the bicycle this spring, one-eyed, and it sucks. When I was young and even more foolish than now, I imagined that losing my hearing would be worse than losing my eyesight. I’ve been involved in music for my whole adult (and most of my youth) life and my hearing was once something I took some pride in. Old age, noise exposure, stupidity, and bad luck have taken a toll on my hearing. I’m at the age Sir George Martin was when he decided it was time to hang up his golden ears. I don’t think I ever had golden ears, but they were pretty damn good for a lot of years. Now, they aren’t. Following that realization comes the current problem with my eyes.

Luckily, my close vision hasn’t been much effected. Which is why I can write this without being driven nuts. All this likely means that I might be selling off my only motorcycle, my 2008 Yamana WR250X yet this spring. I sold my V-Strom last spring, after discovering that I no long had the strength or will to wrestle with a 400 pound motorcycle. If I were capable of loving a motorcycle, that amazing 2004 650 was as close as I will ever get. It just never let me down and was always a delight to ride. My WR is a close second, but I will likely never end up spending as much long-distance, day-after-day time on the WR unless I get a couple more years with some cure for this vision problem. If I sell the WR, I will likely be done as a motorcyclist.

I might also be done as a cage driver. My overall sight in my right eye (the good one) is pretty sad. My distance judgement was never great, even with glasses, but one-eyed it is non-existent. My father had similar probably at about my age and ended up having his license taken away after several rear end crashes that were all his fault. I am not going to do that. I have always believed that one crash in the back of another vehicle should disqualify someone from ever driving anything heavier than a bicycle. It means you are stupid or physically disabled enough to be incapable of safe driving. That applies to me, too.
Posted by T.W. Day at Wednesday, May 01, 2019