We've all witnessed the "little league dad" syndrome and some of us have suffered that arrogant, egotistical, under-achieving fellow personally. Some of us have even been stuck with little league dads and moms. Way back in 2014 (I Hate Racing #155 April 2014), I made my personal take on watching little kids on motorcycles pretty clear, "When a stadium motocross is broken up (too often literally) with a bunch of 8-year-olds plodding around a motocross track, smashing into each other and the track obstacles, I have to be somewhere else. I can't watch." Even worse, when I end up following a dad on his bike and his kid dangling from the back--feet a few inches from reaching the passenger pegs, in minimal clothing, and an ill-fitting helmet--I have to find another route to where I'm going. I've seen dead and mangled adults and I don't like it much, but I can deal with it. I'd just as soon live my whole life without ever seeing a dead and/or mangled little kid. I'm afraid I'd never be able to get that image out of my mind. I saw a dirt bike foot-peg-gutted high school kid, 40 years ago, and I'm still stuck with that image as if it happened last week.

I wonder how many parents have digested the real message behind the Will Smith movie, Concussion, or the book it is based on, Mark Fainaru-Wada and Steve Fainaru's League of Denial? As one of the doctors in the book said, "We're exposing more than 1 million kids to early-onset brain damage, and we don't know yet how to prevent it." Well, we know there are a lot more than "1 million kids" exposed to this because he's just talking about football. Between baseball, hockey, soccer, motorcycle racing, and a culture that tells kids they can knock each other around like punching bags without consequence, almost half of our kids are exposed to early-onset brain damage (resulting in chronic traumatic encephalopathy or CTE) on a regular basis. Another sports-related concussion researcher said, "If only 10 percent of mothers in American begin to conceive of football as a dangerous game, that is the end of football." Obviously, the possibility that 10% of American mothers don't "conceive of football as a dangerous game" pretty much proves that there are a lot of clueless mothers out there. Anyone who has played football for more than one afternoon knows it's a dangerous game. However, until recently we didn't know how dangerous. CTE has been found in the brains of 18 to 21 year old football players and the leading neurological researchers are now recommending that "kids under the age of 14 should not play collision sports as they are currently played. We believe they should not be playing tackle football." Likewise, it's pretty obvious that kids under the age of 14 should not be racing motorcycles. It's a well-known fact that when you're racing off road, "if you're not crashing you're not riding."

Of course, this is an issue where following the money gets to core of the problem. Danger is why we like these high risk sports: football (394,350 injuries in 2012 with an average of 12 deaths per year for the past 25 years), soccer (172,470 injuries in 2012), baseball and softball (119,810 and 58,210 injuries in 2012), basketball (389,610 injuries in 2012), hockey, volleyball (43,190 injuries in 2012), wrestling (40,750 injuries in 2012), gymnastics (28,300 injuries in 2012), field and track (24,910 injuries in 2012), and motocross and road racing (for which there are no reliable statistics). Hell, we've even figured out how to make cheerleading dangerous (37,770 injuries in 2012). And there is a lot of money to be made (the NFL's 2014 revenue was $7.24B) exposing young athletes to death, disability, and damage to their long term mental health. However, we're just getting started with learning about brain damage and the fact that 76 or 79 studied NFL player brains found evidence of CTE hasn't sunk; especially NFL players and their families. Regardless, you would have to be delusional to imagine that motorcycle racing doesn't have these problems. The sad case of ex-NASCAR racer Fred Lorenzen is probably the first shot fired in motorsports and I suspect there is a lot of hidden damage out there in race cars, motorcycles, and every other contact sport. Now that (a few) doctors know what to look for, a lot more cases will be popping up.

The big sea change here isn't that we are surprised that long term consequences result from injuries. We expect knee, hand and arm, shoulder, and even internal injuries from motorcycle racing that will hamper the ex-racer later in life. Racing is dangerous, get over yourself, right? My hip replacement was due, according to my orthopedic surgeon, to "use and abuse" and genetic factors. Racing and riding off-road motorcycles would be major contributors to that use and abuse. I wasn't surprised and I haven't once looked back and wished I'd not ridden motorcycles when I was young and made out of "rubber and magic." The big change in attitude should come from the knowledge that "getting your bell rung" can have long term consequences to your mental health: resulting in CTE which is "essentially pugilistica dementia (boxer's dementia)" with side orders of memory loss, confusion, impaired judgment, impulse control problems, aggression, depression, anxiety, Parkinsonism, suicide, and progressive dementia. If you know your kid is being exposed to chemicals that could result in those symptoms would you keep him or her in that environment? 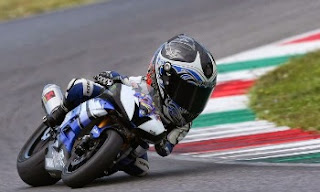 We use, semi-rationally, to justify risk is the associated reward. Those of us who chose to ride motorcycles, with some understanding of the risk we're accepting, have a collection of rewards that we believe makes the risk acceptable. The problem with this new knowledge is that the information is being aggressively repressed by the people who make the most money from these sports. In the case of football, the NFL has done everything possible (like Big Tobacco) to squash research and evidence that head trauma can lead to long-term cognitive problems. By "everything" I mean everything from creating bogus "research" to ridiculing researchers in public media to suing people for slander. I suppose murder hasn't been on the table, but you never know. Currently, their big argument has been that it's not "certain" that head banging is the cause of CTE. Since we're not absolutely positive that whacking on a kid's skull causes CTE, we don't have to stop it. Drug and chemical companies have used that bullshit argument for being able to continue polluting water, air, food, medicine, and the entire planet for a century. A more rational society would require the polluters to prove they aren't doing harm before they are allowed to do whatever godawful thing they want to do, but humans are mostly irrational. Maybe we're all brain damaged and it's too late to make any difference for the species?

In the meantime, I think parents should seriously reconsider the risk their children are taking for whatever weird cause they've used to justify putting a little kid on a motorcycle and putting that kid on a race track. Ten years ago, you could excuse this behavior with "it's not a problem, he'll shake it off and be ok tomorrow." Today, the evidence is good that not only will that headache and loss of memory stay around a while but it might become a whole lot worse in 30-40 years.