Back and Forth and In and Out 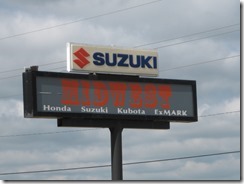 The back and forth bit is mostly about my tire solution this morning. After a few hours of calling dealers and repair shops, I found a dealer in Sioux City with a tire, a really good tire. After driving back about 70 miles, Midwest Honda Suzuki Kubota swapped out my dying Bridgestone for a Continental and got me back on the road by 10:30AM. By the time I got back to where I’d begun my morning, I was about 2 hours behind my original schedule since I’d have had breakfast before heading to Ashfall State Park. 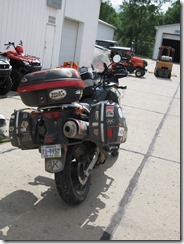 The old but younger me would have been pissed off at having spent a premium for not adequately evaluating the failed tire. I just can’t generate much energy for that sort of self-recrimination tonight. I looked at the tire repeatedly, not to mention having just installed it right after I got back from last summer’s Nebraska trip. The tire couldn’t have more than 1,600 miles of wear and I just don’t have the kind of experience to be able to known when a tire brand is going to be worthless. Now I know and I’ll avoid Bridgestone from here out. Hopefully, the experience with the new Continental TKC 70 will be better. About 300 miles later and so far so good. 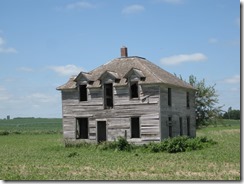 The “in and out” bit is about the landmarks I stopped for today. As usual, I collected a few abandoned building shots. For some reason, this route (US 20) pulls me past a lot of abandoned Nebraska school buildings. Those structures always leave me a little sad. But I take their picture anyway. Today, my usual picture stoppers (tailgaters) were mostly absent. I think I captured some of my best rotting architecture images ever. 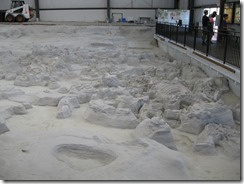 My first stop was Ashfall Fossil Beds State Park. Wolf and I discovered this amazing paleontology site when we did our Rocky Mountain Tour a few years back. Not much has changed since then, but I still wanted to see the place again since my family spent a lot of time in that general area 40 years ago and the history is incredibly interesting. After asking a fairly stupid question, I ended up getting a long, detailed explaination of how you tune your eyes to find fossils from the park’s resident professor. I am probably still going to miss most, but I have a better shot at seeing some now. 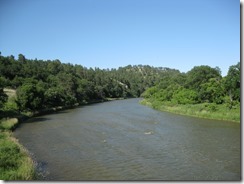 Finally, my end target for the day was Valentine, NE and the Niobrara River. This is another place my family cherished when we lived in Nebraska. For a while, I was almost an expert at the river. Between the Niobrara and the Elkhorn, I never canoed so much in my life before or after. Even the lake in my backyard in Little Canada didn’t see nearly as much effort as those two rivers.

Again, I lucked into a decent priced room and the camping gear remains untouched.