Hoping to be on the Move

Still wrestling with Wells Fargo Bank on our new house in Red Wing. With a memory about as long and clear as a mosquito’s, Americans tend to forget the incompetence with which US banks mismanaged property just 5 years ago. I’m getting another reminder this month. Wells Fargo appears to be unable to locate the title for the foreclosed house we’re buying. So, they’re putting off the closing until they get their shit together or can’t. We won’t know which it will be for at least another week. In the meantime, we’re bagging up our possessions, selling stuff, giving away stuff, throwing away stuff, and generally operating under the assumption that we’re going to be moving . . . somewhere yet this year. 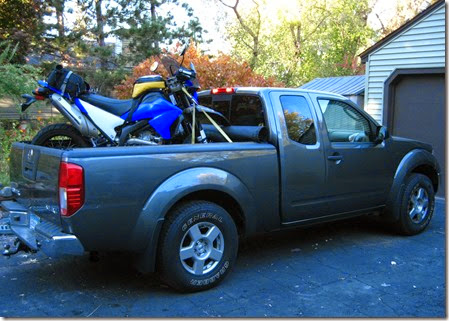 One bright light, so far this year, has been getting rid of the Winnebago and, last month, replacing it with a Nissan pickup. The proof is in the miles and we don’t have a lot yet, but so far so good. Nissan manages to get more torque and horsepower out of 4L than pretty much anyone. On top of that, Nissan is (was) the last Japanese manufacturer to put a manual transmission (a six-speed, yet) in a 4L six. You can still get a 5-speed in a little 4-cylinder, but the bigger the truck the less competent the manufacturers think the drivers are. So, we went for a low-mileage, 2008 4-door Kingcab. It cost more than I wanted to spend, but Nissan and Toyota trucks are like that. I hope we discover why.

Two weeks into ownership and I installed a Class III hitch, the electrical tow package, figured out a ramp system for the WR, and managed to disable the godawful Viper security system. The next project will be taking the damn thing out and returning the truck to stock Nissan wiring; or as close as I can get it to that. Unlike most of the used motorcycles I’ve bought, the only non-stock bullshit on the pickup is a grossly overpriced Pioneer GPS/Stereo/Bluetooth phone system and the Viper crap.
I suppose the security system came after the previous owner bought a $1,000 stereo system.

Someday, I’d like to sit quietly and listen to someone explain how a stereo system that does not provide one watt more power, the slightest improvement in frequency response, or any useful new feature over the stock system provides more value. Cars depreciate astoundingly quickly. In 5 years, this vehicle lost almost $18k in value; not counting the likely interest, additional insurance, and maintenance costs (to ensure factory warranty coverage). That’s nothing compared to the “entertainment system,” though. New price on this silly piece of electronics was a grand and, today, you can buy the same system new in the package for $250 and used for about $150. Pioneer, not exactly a leader in GPS technology, stopped making update disks (Yeah, the GPS disk has to be in the player for the system to work. It has no significant internal memory. Dumb, huh?) for this unit in 2012. Not that long ago, consumers realized that buying console home entertainment systems was a dumb bet. Putting a television, stereo system, tape deck, turntable, CD player, and speakers into one giant box was a fool’s way to buy electronic gear that had a variety of MTBF expectations. Car owners appear to have yet to learn that lesson. 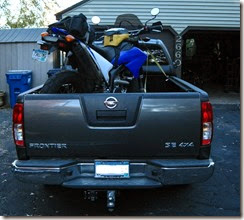 Now that the stereo system is practically worthless, the bug-factory security system is overkill. As a manual transmission vehicle, we already have a tiny bit of built-in theft insurance. At least the car will be near-impossible to drive away for joy-riding kids.

This sort of With all of the yap you hear about how auto-piloted cars are going to eliminate the “joy of driving,” it’s entertaining to learn that manual transmission sales have declined from 34.6% of car sales in 1980 to 3.8% in 2010. If you really want to be a driver, controlling the engine speed to road speed relationship is baseline. If using a clutch and shifting is more driving complexity than you like, you’re not really a driver. You’re a glorified passenger, probably distracted by silly electronic crap right up to the moment you run over a motorcyclist.

None of this is new territory. Way back on #90 (Too Dumb to Scoot), I came to the conclusion that I am too dumb to take scooters seriously. The automatic transmission is a big part of that. Reducing the riding requirement to hanging on to the handlebars and twisting the throttle pretty much turned riding into boredom for me. Maybe I should install an unpredictable security system on a scooter to see if that livens things up a bit? Maybe mount an entertainment center on the handlebars?
Posted by T.W. Day at Saturday, October 18, 2014

Good luck with the house buying. Hope that settles without too much more fuss.

May you have better luck with your Nissan than we did. We've owned 2 Nissan trucks and 1 Versa car. ALL had repeated electrical issues, which is why we now have the Subaru.

Good luck with the house buying!

I have to admit, I never saw the appeal of an automatic gear shift until I lived in Boston, MA. Even outside the city proper, traffic is more stop than go at some times of day, and it's awfully nice not to have to deal with shifting in that kind of traffic. Get me out of the city, though, and I'm MUCH happier with a manual.