#3 When Two Wheels are Not Necessarily Better than Four 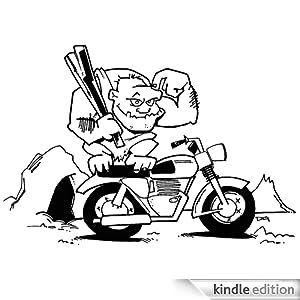 A big part, for me, of the beauty of owning a motorcycle is the Zen of maintaining them. All through winter, while my garage is only a couple of degrees warmer than Hillary's heart, I think about the things I "need" to do to my bike come spring. When the early spring rains keep me off of the roads, I have a dry and reasonably well equipped garage to tinker in. It's one of my favorite ways to burn a weekend.

For the first 15 years of my riding career, all of my two-wheeled time was spent on the dirt. Thanks to the simple design and easy access of dirt bikes, I learned to love a good set of wrenches and a day spent getting dirt and grease so solidly absorbed into the pores of my hands that only acrylic lacquer thinner can cut it.

In my early 30's, motorcycles moved from recreation to transportation. I bought my first street bike, a Honda CX500, which was only a bit different than my car, a '67 Volkswagen convertible, maintenance-wise. The CX got a valve adjust every two thousand miles and, occasionally, needed it. While I had the top off, I changed the oil, checked the cam chain tension, and made a lap around the bike looking for leaks, loose bolts, and any sign of lazy ownership. I liked working on that bike as much as riding it, which isn't necessarily a positive comment on the bike's handling characteristics. The CX lived for more than 120,000 miles before I sold it (guilt free) to a friend.

Like an idiot, I sold the CX and the VW. Since then, I haven't owned a car that I can/will do much more than change the oil and plugs. My next series of motorcycles started a maintenance decline that will die with my current ride, a 1992 Yamaha 850 TDM. When it's running, I love the bike. It's suspended tall, it's reasonably quick and handles well on paved or dirt roads, and it's red. All important things, in my mind. However, I hate working on it.

Yamaha's evilly intentioned engineers made almost every aspect of maintaining this motorcycle a non-Zen experience. Even changing out the spark plugs costs a pound of flesh, because the fan housing was positioned to block off bloodless access to the right side plug. The fairing is a cobbled three piece affair that is held in place with a dozen irritating and fragile rubber mounted nuts. The battery, air box, carbs, and most of the electrics are covered by the tank, which has to be removed for almost any kind of service. Of course, the fairing bits have to come off to get at the tank. All that hassle just gets you to the stuff under the plastic. Other painful experiences are exposed once this routine is completed. As much as I like riding this bike, I dislike working on it.

At last year's Cycle World Bike Show, I almost fell in love with the Suzuki SV650. From a distance, it looked like Suzuki had made a bike to ride and to maintain. When I asked a salesman about maintenance, he looked at me like I might be contagious. He babbled about how trouble-free the SV would be. He wanted to talk about the hot new colors (red and blue, incredibly original), the low price, and the bike's specs. I wanted to see how the tank prop worked, how the wheels came off, how the chain adjust worked, if I could get to the plugs without major surgery.

We were both disappointed and I'm still living with my old bike. Until I find a ride that makes me smile when I think about working on it, I'm going to stick with what I have. There is no shortage of bikes that are fun to ride. I live in Minnesota. I spend as many months tinkering with my bikes as I do riding them. I want to have fun at both aspects of being a motorcyclist and, until I find a road bike that gives me that pleasure, I'm hanging on to my dirt bike.