Insights from an Ex-Ducati Exec 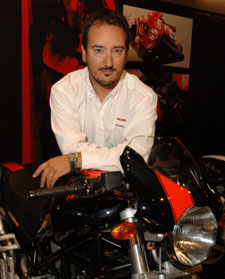 Ducati North America head Michael Lock gave an interview to the New York Times about the state of motorcycling in the US and . . .  I agree with practically everything he said.

Lock has abandoned motorcycling for a Norwegian EV company, Think, and he appears to be feeling free enough from the constraints of politispeak to say what he thinks about the state of motorcycling in the US.

For example, as to the state of motorcycle sales in the US, "September was minus 39%, which was pretty tragic considering September last year was a disaster. So I know the trend is not upward and it’s not slowing down. The industry is still contracting at quite a pronounced rate." Or his opinion on Harley's market future, "A motorcycle is a status symbol. It’s a discretionary purchase. You buy it. You feel good about life. Where Harley goes in the U.S., the rest of the industry has to follow in many respects. The shadow Harley casts over the rest of the industry is undeniable and their age demographic issue along with general economic conditions was a perfect storm."