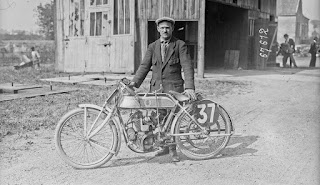 Scanning my old employer’s website, I noticed that Century College's Basic Rider Course schedule for 2019 includes fewer classes, in total, than I used to teach almost at that school in a single season: down from more than 100 courses on 3 ranges to 26 courses on one range. Dakota Tech is down by similar numbers: from more than 80 courses on 4 ranges to 41 on two ranges this season. According to friends who still teach, last year DCTC cancelled a lot of it's classes, often the day before the class was scheduled to run. St Paul College is scheduling 26 courses. I retired last year, after all of my classes in Red Wing and all but one at DCTC cancelled in 2017 and I had my first bout with double-vision. Staying certified was going to be more of a hassle and expense than it would be worth. (That turned out to be an understatement as my double-vision root-cause has been diagnosed as myasthenia gravis.)

At least in Euro-ville, 60% of all new bicycle sales are eBikes. I can't find a solid figure for the US, but based on the growth of a few name companies that can't keep up with the orders I suspect that's a shift here, too. The industry word is that ebike growth is exponential and motorcycle sales are in decline. If you do a Google search on "motorcycle dealers closing" limited to the last year only, you get a depressing number of hits; including insider stories about how motorcycle imports and exports are slowing up practically everywhere. These are interesting times. That “change” thing is proving itself to still be a constant. 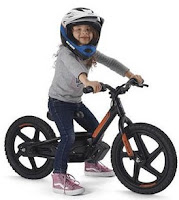 Lots of dealers, like River Valley in Red Wing, didn't see much of a recovery in motorcycle sales after 2007-12 and moved on put more effort into boats and ATVs. A bunch of dealers (especially on the coasts) are adding eBikes to their sales floors. Yamaha, Ducati, and KTM either have eBikes to sell or are in serious development. Hardly just bought a kids' ebike company. Of course, HD could just be recognizing how lame their customers are and acting accordingly. Yamaha's eBikes are grossly overpriced: $4-6k, but they might figure it out before they totally lose their place in consumers' sights. KTM's offerings will probably need a mortgage refi, but their victims always seem to have spare cash or credit.

One of the funniest things I've read about this business and customer shift has been from traditional bicycle shops who imagine that repairing eBikes is "different" or more complicated than fixing a motorcycle. Current breed bike shops often charge as much as $50-80 to swap out an ebike tire, especially a back tire on rear-hub driven models. eBike repairs are different than motorcycle repairs, for sure; about 1Mx easier. Anyone who can troubleshoot fuel injection or electronic ignition could do anything necessary on an eBike without any training at all.
Posted by T.W. Day at Monday, June 03, 2019