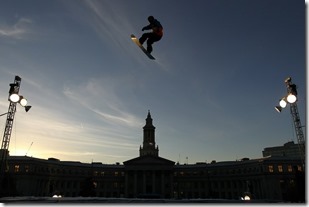 Not long ago, an acquaintance in the motorcycle business said that “Millennials are a bunch of coddled wimps and that’s why they don’t ride motorcycles. It’s too dangerous.” Of course, riding a motorcycle is insanely dangerous, but I see Millennials doing dangerous things all the time; on bicycles, skates and skateboards, skis, a variety of surfing toys, rocks and mountains, boats, and even motorcycles in the X-Games. I don’t think the danger is the issue. There is something else going on here. 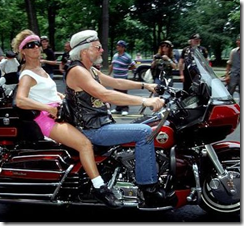 That is a good thing, too, because my generation has gone bananas. Between the idiocy of handing billionaires billion-dollar sports stadiums paid with taxpayers money and stupid crap like universities handing out football scholarships to 9-year-olds, it’s clear that the “adults” in our society need to grow up. Obviously, the whole Boomers and Bikers silliness was not a sign that my generation had a lick of sense. They parade their senility through towns like Red Wing as if they imagine nobody would ever think about laughing at their pirate outfits and godawful motorcycling skills. But they are very, very wrong. I’ve been hanging out with under-30 kids everywhere from Red Wing to downtown St. Paul to Pacific Coast Highway and they consistently think these folks and the activity/sport they represent are comedic, at best, and despicable on average. For the last thirty years, Boomers and the industry has done their best to make motorcycling look as ridiculous as possible. The reward for all that silliness is the current non-cool status of motorcycling. Add to it the fact that most small cars are more fuel and cost efficient that motorcycles and you have a perfect storm of obsolescence.

An interesting parallel is the music business, at one end electric guitar sales and at the other the old fashioned record labels and music distribution. The Washington Post published an article titled “The Death of the Electric Guitar” that explained a lot of the reasons why the electric guitar may be an old guy’s instrument. This story should sound familiar, Richard Ash, the CEO of Sam Ash, the largest chain of family-owned music stores in the country, said, “Our customers are getting older, and they’re going to be gone soon.” Or how about this fact, “Over the past three years, Gibson’s annual revenue has fallen from $2.1 billion to $1.7 billion, according to data gathered by Music Trades magazine. The company’s 2014 purchase of Philips’s audio division for $135 million led to debt — how much, the company won’t say — and a Moody’s downgrading last year. Fender, which had to abandon a public offering in 2012, has fallen from $675 million in revenue to $545 million. It has cut its debt in recent years, but it remains at $100 million.” Fender’s weird defense of its business model includes the odd statement, “Ukulele sales are exploding.” Ukes were a brief fad, but not a meaningful shift in popular music. Scooter sales were doing pretty well, for a while, but that didn’t mean much for the motorcycle industry, either. 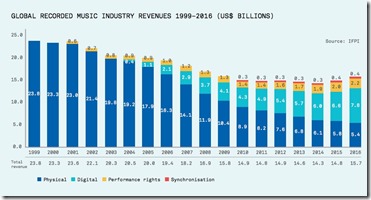 At the label end of the music music industry, the business has been so deformed from the gatekeeper format of the previous century that “Gotye created his song ‘Somebody That I Used to Know’ in his parents' house near Melbourne, Australia. The self-produced track reached number one on more than 23 national charts and charted inside the top 10 in more than 30 countries around the world. By the end of 2012, the song became the best-selling song of that year with 11.8 million copies sold, ranking it among the best-selling digital singles of all time,” according to an Elite Daily article titled “How One Generation Was Single-Handedly Able to Kill the Music Industry.” Wimps don’t whip international corporations at their own game. These kids have totally changed the damn game. There has been some yip-yap about the music industry “recovery,” but that is a funny term for seven years of stable gross sales with dramatically changing income sources (see the chart above). Sales of physicial media are about a quarter of their 1999 peak while digital distribution, including direct sales, is growing exponentially. 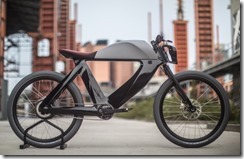 How does all that relate to disappearing motorcycle sales and declining motorcycle use? I’m not sure, but I think there is a connection. The times and the tools are changin’. My grandson has repeatedly said he would get a motorcycle license before he’d be interested in a car. He would, also, rather have an electric motorcycle than a gas-burner. He’s not alone. Since electric motorcycles are barely making a dent in that market, electric bicycles have really stepped up and are crossing the line between bicycles, scooters, and motorcycles; filling every motorcycle niche from vintage to cafe racer to competitive sports with 50-100 mile ranges and 20-to-40-and more-mph top speeds. Like the early years of the motorcycle, there are dozens of electric bicycle brands and you can buy them everywhere from dedicted high-end botique stores like Pedago to low-end offerings from Walmart.

The music business didn’t die. It moved to streaming media, movie and television soundtracks, and on-line digital purchases. Motorcycles won’t die out, but they will change radically. The brand names we recognize today may be as obscure in 20 years as Whippet, Stutz, Red Bug, Nash and Rambler and Nash-Rambler, Packer, and Oldsmobile. At one time there were thousands of auto manufacturers and there have been at least half that many motorcycle brands in the not-so-ancient history. As this electric vehicle revolution plays out, it’s going to be a survival of the fittest environment and there appears to be little evidence that the current brand names are in any way fit; especially the two prominent suck-squeeze-bang-blow US brands. With some luck, minimal incompetence from both Zero’s managment and the US government, and a few changes to motorcycling’s image and purpose, the US could still be a world player in the future market.