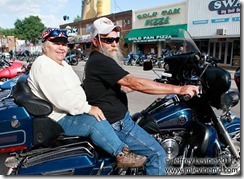 Some local guys were jawing on-line about the NY Times article, “No easy ride: Motorcycle industry is in deep trouble and needs help fast, panel agrees.” Like the industry, they blamed the usual suspects for the death of their favorite noise-makers: “the bubble-wrapped Millennials,” “the ultra-liberal lefties,” “tree huggers,” blah, blah, etc. Mirrors are tough on old guys. We look in them, see an accurate reflection and desperate want something else. The problem is, pretty much, us. We’re old, we’re irrelevant, and most of two generations wants to have nothing to do with imitating us.

Mostly, I read the Times article as a pretty accurate accounting of the lazy and braindead folks who represent US motorcyclists and the industry. The AMA and ABATE are just fronts for the butt-pirates who have turned off every sentient person possible with their noise, totally overrepresented crash, mortality and morbidity statistics, and general hooliganism. Nobody represents motorcycle commuters, the only motorcycle group that isn't about conspicuous consumption. The AMA is almost proud of how few actual motorcyclists are regular riders and ABATE is just a drinking club that dabbles in politics and writes sympathy/love letters to gangbanging “brothers behind bars.”

As for off-road access, it's not "liberals" who are shutting down access to public land; it's ranchers, conservationists, residents near the parks, and the people who have to provide unfunded rescue services to the nitwits who go off trail, terrorize livestock, wreak property, and end up tangled in barbed wire somewhere it will take a helicopter to bail out mommy's special little douchebag who has no insurance, no money, and suddenly believes in national health insurance. I’ve run a couple of events and watched dozens of off-road facilities go down in idealistic flames when their customers do everything possible to piss off anyone in the vicinity of the event, park, or private property. Motorcycles attract anti-social types and it’s harder than hell to cope with all of the forces that aren’t interested in putting up with spoiled children. I suspect if everyone were being honest, that would turn out to be a big part of the reason trials got bumped from Spirit Mountain and trials is the least obnoxious of all motorcycle sports. I KNOW that was why there was only one Merrick County enduro.

I freakin' love the argument promoted in the Times article that, since the motorcycle companies don't know how to sell to anyone who isn't already a motorcyclist, it's the job of motorcyclists to keep their business alive. That pretty much wraps up my argument in a Trump-quality gold plated ribbon. The industry is so obsolete it doesn’t even know how to sell its own products. How dumb is that?

Motorcyclists owe the industry their time and energy? For what reason? It's just a vehicle or, worse, a rich kid’s toy. If no one wants to play with them, they should disappear. There is no good reason for motorcycles to be the noisiest, most polluting, most dangerous, least efficient vehicle on the road and not even have to pay their own way with motorcycle license taxes (You know they don't in Minnesota, right?). You gotta provide some social value or you are just a welfare deadbeat if you still expect the public to foot your bill. By now, motorcycles should be knocking out at least 100mpg, emitting puffs of exhaust water and nothing more, and be bicycle-quiet. Instead, the stuff we get is barely 1980's technology and most of it is from the 50’s.

As for the Millennial bulllshit, you guys are just fuckin' old. You need to visit one of the boxing clubs, martial arts clubs, wall climbing clubs, bicycle racing clubs (off road, long distance, closed course, etc), and packing maker's groups. Those places are all about Millennials. Sure, there are lots of pampered Millennials. There are also lots of pampered, overpaid, underworked, barely-skilled X-gens and Boomers. My parent's’ generation paid a pittance for Social Security and jacked up the benefits until the system was almost broke before they elected Reagan who stripped that fund for his military-industrial buddies. Change just happens. Characters like Max Biaggi whined that all of that stuff crippled MotoGP riders while Rossi and the next generation just cranked ‘em up faster and leaned ‘em over further. Old people always complain about the next generation. “The children now love luxury. They have bad manners, contempt for authority; they show disrespect for elders and love chatter in place of exercise,” said Socrates. One of the fastest riders/coaches I know is just raving about Honda's auto-transmission. I love well-implemented ABS and throttle mapping, even though I don’t own a bike that has either.

Face it, 90% of everything humans do is always crap. You don't think millennials packed Washington with a bunch of superstitious, anti-science, spoiled trustfunders do you? If humans touch it, it will be screwed up. If humans deregulate something critial, it will be a disaster. Always. We’re just a braindead species desperately trying to fire off the 6th Extinction just to see which nutty death cult got it right.

That “wimp” label is nothing new, either. I have heard horse owners making the same “you are a bunch of wimps” arguments about motorcyclists since I was a kid. That is sort of valid, too. Keeping track of two empty skulls is twice as hard as managing one. That’s why I don’t ride horses. Your hippobike might seem “really big” compared to a dirt bike, but it is a twig compared to a 15-hand, 2,200 pound horse. Try laying one of those babies down in an intersection. On the other hand, try going faster than 20mph for more than a mile on a horse. Talk about limited range between extended fuel stops, horses are barely better tranportation than shoes.