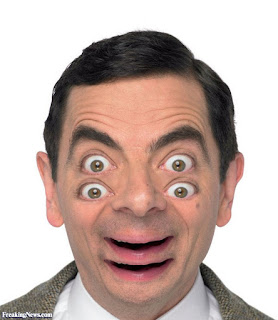 A couple of weeks ago, I began to have moments of double-vision. That was about mid-week. Later that week, on a Friday night, I was driving in the Cities in light late evening traffic and, suddenly, I was guessing as to which one of 3 exit lanes was the real one. Since then, I've learned a lot about various degenerative vision diseases and disabilities and I've begun to prepare myself not only for the end of my life on two wheels but driving altogether.

I'll be 70 this coming summer and I've been riding motorcycles since I was 14 or 15. A LONG time. If this is the end of that I won't be heartbroken, disappointed, but not heartbroken. The only bucket list item left for me would be the South American Pacific Highway and I'd pretty much taken that notch off of the prospective gun a couple of years ago. I'm too old, beat up, and tired to do 3,500 miles of hostile territory on a motorcycle, car, or most other transportation media.

I won't know until sometime in the next week or so how serious this is, but really serious is in my family genetics: myasthenia gravis blinded my father when he was about 66. Double-vision is a typical early symptom of that nerve and muscle breakdown. I have been half-blind for all of my life: when I was a kid, my left eye was 200:20 and it has steadily grown worse. My right eye was 20:20 until I was about 50 and he began the usual march into farsightedness then. Those muscles and nerves have been working overtime to coordinate my two dissimilar eyes for a long time. If they quit on me, it won't be out of laziness. You can only ask so much from your body for so long.

Luckily, so far my near-field vision is mostly fine. I can read, although for fewer consistent hours than in the past. An example of what my far-field vision is like was pretty neatly demonstrated when my wife was driving last night. At a stop sign, I saw six lights, one set that appeared to be about 6' from the street and another set about 12' higher. Of course, there were only 3 lights at the intersection, but you couldn't tell that inside my head. The "fix" for now is to wear a patch on one eye; which eye depends on what I'm doing.

Life sucks, then you die. Every significant aging-related (in my case) ailment I've suffered in the last five years has resulted in my learning that I have friends and acquaintances who have had the same or worse problems at a far younger age. Honestly, I have no serious complaints. I'm pretty close to my expected lifespan, for my income bracket. I've been doing the same stuff for the last 50-something years and not that many American men can say that.
Posted by T.W. Day at Saturday, January 06, 2018