A Room Full of Elephant 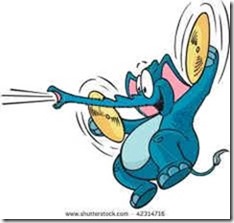 Way back in 2008, I wrote an MMM article titled “Hearing Damage and Motorcycling.” Among other things, that article produced one of the looniest, most illiterate responses anything I’ve written for anyone has ever inspired. This month, Cycle World discovered that motorcyclists are among the world’s most deaf recreationalists. The article, aptly titled “Say What?” by John Stein, concludes that “Hearing damage is motorcycling’s elephant in the room.”
Now, we just have to convince ABATE, the AMA, and the cities and towns across the country who tolerate motorcycle noise pollution that these loug pipe idiots are disturbing the peace and doing harm. `
Posted by T.W. Day at Friday, December 09, 2016