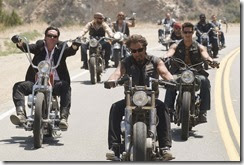 Every where we’ve been on this trip, motorcyclists are rare and, too often, obnoxious. The more I see of us, the less I think we’re a sustainable group. The only bright light in two-wheeled transportation is electric. Not that I’ve seen much in electric two-wheeled transport this winter, but there have been more than enough signs of coming electric vehicles to grab my attention. Obviously, the good old Toyota Prius is ever-present, even in surprisingly backwards, backwoods areas. People who work on cars are thinking about how their business is going to change as we move from internal combustion engines to electric motors. Smart guys (like my new New Mexico friend Victor Cano-Linson, owner of Big Victor’s Automotive), are studying and buying equipment for a new generation of vehicles. The old Sinclair dinosaur is turning into an ironic symbol for the Petroleum Age. There are public charging stations in the most unexpected places and more are popping up almost while most of us are pretending change isn’t coming. 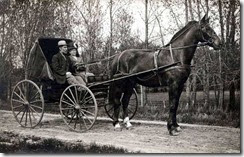 But it’s happening anyway. Regardless of how hard the Koch brothers and other scumbags try to stop it, the power grid is about to make a giant leap into the 21st Century. It’s probably too late and far too little will be done to stop the kind of climate disaster we’re just beginning to experience, but the fact that we’re scraping the bottom of the oil barrel in places like North Dakota’s Bakken “Reserves” [If we’re mining them today, they aren’t exactly being “reserved” for the future, are they?] is evidence that the century of prosperity the oil economy created is running out of gas; literally. The only question is, “Are we going to be part of the future or are motorcycles this century’s horse-and-buggy?” Along with, of course, all of the other industrial refuse from the Petroleum Age. 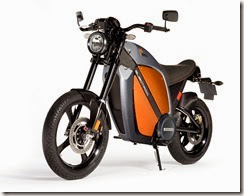 At 65, it’s not my job to be part of the future and after my last two medical-problem-ridden-years I feel even less pressure to be futuristic. Still, it’s hard to ignore the kind of advances that have been made in electric vehicles. My hot buttons, for example, have been addressed and are on the way to being resolved: economy and reliability/longevity. Once I believed the Prius Achilles Heel would be battery longevity; electric motors are pretty well shaken out and it’s hard to imagine those motors squeezing much more than their current 99% efficiency from new technology. Turns out, Toyota not only pretty well sorted out the battery problem, they were smart enough to build the batteries in cells so “replacement” didn’t always mean replacing the whole battery pack. A few years back, I wrote about the tendency of technologies to get really good a few moments after they became obsolete (A Technological Dead End?). With battery life stepping up, efficiencies improving, competition and availability increasing, and energy production shifting (at least everywhere else in the industrialized world) from oil-based technologies to alternative energy, the writing is on the wall. One of the sad facts about being a conservative nation is that we are going to be among the last to accept change, but change comes regardless of human resistance; especially in a competitive world.

For the last three years, I’ve been thinking hard about trying one of the electric motorcycles available in the US: Zero or Brammo. Zero makes a bike aimed very close to my heart (Zero DS) and Brammo does some cool stuff with battery replacement and performance. It’s a tough call, but I a seriously thinking about swapping a couple of 250’s for an electric bike this summer. The added advantage of knowing that my “fuel costs” will be included in the camping fees we’re charged at electric sites this coming winter is a small bonus. As I write this, I’m leaning strongly toward the Zero. I can be influenced, however. Who knows, if enough of us go electric maybe motorcyclists will stop being the most despised people on the road?