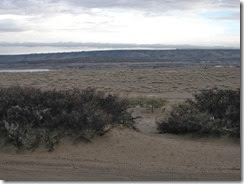 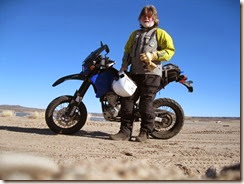 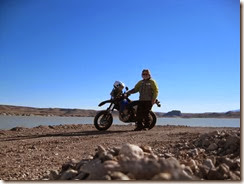 Wow, what a difference in that lake a few years makes. Sad really.

But at least you got out and had some fun. It looked like a perfect sunny day for puttering in the sand.

Old farts rule. Jealous. Thanks for the story. Merry Xmas.

I think New Mexico needs to rethink this state park's purpose. Yeah, it was a great boater park, twenty years ago. Now, it's an amazing location for dirt bikers, ATVs, off-road cars, and powered para-gliders. There is 36,000 acres of land and plenty of room for all of these players to play. Change sucks, but nature could care less about the intent of the lake/park.