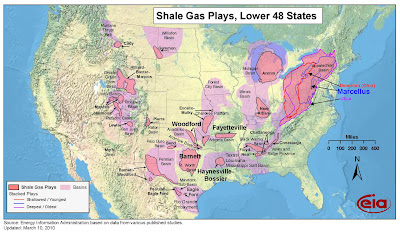 A few years back, I had a great time camping and riding across as much of North Dakota as I found interesting. Three weeks and about 2,500 miles and I could have spent another week on the eastern edge without getting bored. I'm fooling around with another summer tour for 2013 and it would be hard not to put North Dakota on the route sheet on the way to Alaska. Two things jam up those plans: 1) for the next couple of years, North Dakota is going to play the oil boom game and the cost of staying anywhere between Bismark and the western edge of the state is out-of-sight and 2) after my experience in Texas (Dallas-Fort Worth tap water smells like a weird combination of sulfur and carpet cleaning chemicals), I'd like to avoid any more consumption of fracking contaminated water than absolutely necessary.


It turns out that avoiding that mess isn't as difficult as it might have been. Since the EPA is pretending to monitor underground water contamination (and they are doing little more than pretending), they have created a few maps marking off the territory where this practice is . . . popular. It sucks that one of my favorite national parks, Teddy Roosevelt National, has been contaminated by this shortsighted corporate welfare practice, but it is what it is. 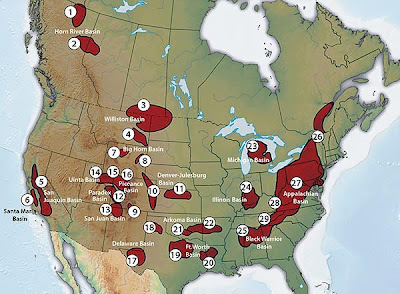 Canada, on the other hand, is a problem. A lot of my favorite places are in the gun sights of the oil companies. My favorite part of the trip, the Top of the World boarder crossing puts me right in the path of this ecological mess. I guess all that long-term water contamination explains why east coast water is so nasty, too.

I suppose the upside is that petrochemically contaminated surface water will be as hard on mosquitoes as it is on me. Maybe taking a shower in the stuff will work like "Alaska aftershave."

There's more to planning a trip across North Dakota. Hwy 2 is in the middle of a major improvement project. I rode 2 across ND last summer and there were a few 10 mile sections of loose gravel. It's not like there's an easy detour around it either. If you head west, check the ND DOT web site for the latest construction updates.

My last ND trip was almost all gravel roads, at least 1500 of the 2500, in fact. I don't usually care much about road surface, but since I camp a lot I don't want to be poisoned by the available water supply. The Sheyene River Valley is a beautiful area with a lot of pretty rough gravel and clay roads. Well worth traveling, though.

3 years ago, I spent a week camping and riding my KLR in the ND Badlands. It was a great trip. I had a blast exploring the area. On the way home from that trip, I stayed at a hotel and on HBO that night was the movie "Gasland" which is a pretty thought provoking movie about fracking. Haven't been back since and really don't have much interest in returning any time soon.

We must have been there close to the same time. I loved ND and have done the western edge, Badlands, TR National Park, trip twice in the last five years. Since I usually camp, I can't afford to bring enough water to make that trip safe now. Western (http://insideclimatenews.org/news/20120608/oil-campanies-north-dakota-boom-gas-drilling-fracking-wastewater-waterways-pollution-dumping-grounds). This kind of shit is why I'm not religious. Any god dumb enough to tolerate humans is too dumb for me.