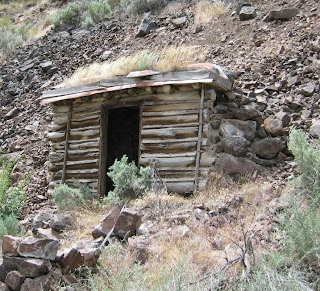 The top of the food chain, we'd like to think, is occupied by humans. Based on the modern urban experience, we may be as dumb and far down the food chain as Mark Twain suspected (read "The Lowest Animal") because we allow ourselves about as much territory as a hill of oversized ants. Can you think of another animal that tolerates standing in line for a morsel of food? How about sitting in line (in a cage) or standing in line (in a bus or train) for hours to get to a place where we'll stand or sit in place for hours so we can earn enough credit to sit in line (in a cage) to drive to a store where we can stand in line to exchange credit for food? There may be no other animal on earth that passive or unaware of the need for livable conditions. Mr. Clemons was an optimist.
How long do the lines have to get before we realize that overstuffing this planet to standing-room-only is going to reduce worthwhile riding (and living) territory to nothing? Pretty soon, I won't be able to find an alternative Twin Cities route that allows me to escape from the roaring mindless mass of humanity. Then what? Whatever happens, you know that you won't have me to kick around, if you're standing in line. I'll find a nice cave in the mountains to spend my leisure years.
Posted by T.W. Day at Tuesday, June 08, 2010