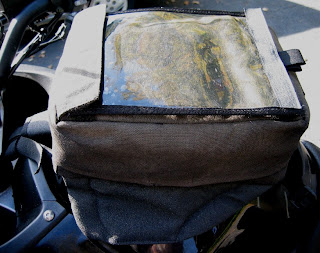 Have you ever tested a product's "lifetime warranty?" How did that work out for you? For example, I have a Martin acoustic guitar with a "limited" lifetime warranty. It's "limited" alright. Martin's warranty only applies to the original purchaser still possessing the purchase receipt having registered the warranty with Martin within 30 days of the original purchase and, after all that, the warranty only covers workmanship or material flaws as determined and accepted by the Martin Company. The few problems I've had with this guitar have all fallen outside of Martin's criteria, leaving me with almost as much money invested in repairs as I originally spent on the guitar. A few years back, the bridge cracked and I've decided to live with that until I die. My kids will inherit the guitar and its worthless lifetime warranty and it will theirs to agonize over. Every time I look at the damn thing I want to toss it into my fire pit; the instrument has contributed to twenty-plus years of buyer's remorse. That's my typical experience with lifetime warranties, but Chase Harper gear is the exception.

Take my Sport Trek Tank Bag, for example. I called it a "recent acquisition" but that's a relative term. I've had the saddle bags since the early 1980's and the 1150 about as long. I bought the magnetic bag sometime in the late-1980's. I only remember that because it lived on my 1983 Yamaha Vision for about 20,000 Colorado miles. The original magnet and base material did not agree with my Yamaha TDM and the bag was unstable with a full load, so I returned it to Chase Harper before I took off on a long west coast trip. Ron Harper tried a new padded rubber material on the base and increased the magnet area, which worked for another decade and another 100,000 miles on the TDM and my Suzuki SV. Last year, the base material began to disintegrate, getting very close to exposing the magnets to the SV's tank. I went back to using the 1150 bag and tossed the magnetic bag on a shelf in the garage.

Both of these bags have similar features; they are both expandable to more than three times their compressed height with double zippered compartments. The 1150 has a rear-facing zippered pouch for holding small items like a flashlight, coins, and cigars. The lower compartment comes with a foam base for holding a phone, cameras, tools, or other fragile stuff. I toss the foam and cram my Belstaff rainsuit into the bottom section. Large strips of Velcro keep the bag small, allowing the bag to incrementally increase in size as you load the top section. They are both constructed of heavy urethane-coated nylon CorduraPlus. They both have a Neoprene foam base to protect your tank from scratches. The Sport Trek bag has 908 cubic inches of storage space and the 1150 has about 1100 cubic inches of space.

I bought a Suzuki V-Strom and the plastic surrounding the base of the tank makes it difficult to get to the rear straps on the 1150 bag. So, I sent the Sport Trek back to Chase Harper for repair. I didn't bother asking for a return authorization (RA). I didn't look for the original receipt. I didn't write to ask if Mr. Harper would repair it again under warranty. I didn't do much more than write a brief description of the problem and put the bag in a shoe box with a shipping label. I didn't even clean it up before tossing it into the box. Three weeks later, the shoe box came back.

Ron Harper doesn't waste a lot of time with words. He rarely returns (my) email and I've never had a telephone conversation with a real person at Chase Harper. In his ads, he doesn't say much about his products, other than basic specifications and line drawings to describe the features. He doesn't brag about the materials, workmanship, or engineering of his products. He just puts them out there and lets them build a reputation. My experience is part of that reputation.

When I opened the shoe box, I found the bag has a brand new base with a really clever magnet flap. It works perfectly on the V-Strom, which doesn't provide much metal at the top of the tank. Mr. Harper installed a new map case and added a nice rubberized handle at the back of the bag. Some of the Velcro was replaced. A new front mounting strap was included and the buckles are all new. The bag is still faded and it's clearly my original bag, but you'd have to look closely to see that it's more than 15 years old. The new Sport Trek base sticks to the top of the bike as well as the 1150's four straps had held that bag and it's way easier to get fuel into the tank with the single strap and magnet bag.

I hate to say this, but I suspect I may actually have a lifetime product, now. It looks like it will easily outlast me. But I don't have to worry about it. Over the last twenty-plus years, if I have had a complaint with any of the Chase Harper products that I own, I ship them back and they fix it better than it was when I bought it. If you can think of a better warranty than one that improves the product as you own it, I'd like to hear about it.

Got 3 Chase Harper bags myself. They are the real deal and the warranty is amazing.

I've sent Chase Harper bags back that have been shredded in crashes and worn from decades of use, and they come back refurbed or exchanged for a new one.

My kind of gear. Gear for life!

I love the design. its simple and elegant.

Both are true. The design has been refined by years of experience; always an inspiration for simplicity and durability.

i realize this is an old thread, but just to answer if anyone reads it. I returned a sun faded saddlebag, they replaced it, no receipt. Now they offer they will take back anything from anybody , even cheap chinese crap, and give you 60% off a comparable item.

Not surprised. They are a great company to do business with.

Today, Chase Harper (Ron, himself) takes your failed Chase Harper product, shipped to them at your expense, tells you that repairs will be difficult and take an unknown amount of time. Then, he'll offer a replacement at 50% off MSRP. Oh, and you'll be charge return shipping.

So, the Chase Harper Lifetime Warranty is we'll replace our failed product at the nominally the same cost as you'll pay for new at an on-line retailer.

Well nuts. I'm sorry to hear that. This is at least an 8 year old review. Another solid American company into the dumpster.