When I Was Less Old

In 1999, when I first proposed that I write an essay to generate lots of hate mail for the then-flailing-fledgling motorcycle magazine, Minnesota Motorcycle Monthly, I was convinced I was old enough to call myself the "Geezer with A Grudge." Men in my family don't, on average, live long. I was 51 at the time and had absolutely no expectations that I would live a lot of years past that mark. In fact, only two years later I decided to quit a high-paying engineering job in the medical devices industry and take a flyer on going back to my old music business life (recording studio maintenance and design) as a "retirement" gig in my last years. Worst case, I figured that I'd burn through my savings in five years and would be back at the door of some Misfortune 500 crap hole begging for something like my old job. Best case, I'd struggle on balancing freelance work, occasional short-term employment, and living like a semi-retired guy on a fixed income until I really was on a fixed income or I kicked the Big Bucket like the rest of my genetic predecessors. Living to 65 was not part of that plan.

Assuming I survive another few weeks, I will turn 65 this summer. Regardless of Social Security and the Repuglican 1%'er congresscritters' opinions, that is officially the age of a "geezer." I know, some of you passed that number decades ago and are still running marathons, leaping tall buildings, and just starting out on new careers as dotcom entrepreneurs and I'm just a boy in comparison. Fuck you. I'm old, tired, beat-up, surviving on artificial limbs and weird crap propping up my heart vessels. Maybe your family typically lives to 150, but the guys in my family usually top out at 40-55 and I'm living on "bonus time" (as my best friend once described it). 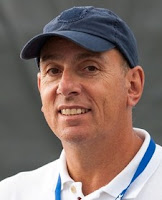 Henny Ray Abrams' recent sudden death in February was another reminder of how fast life changes to death. Henny Ray was 58 and died working on one more motorcycle story. He wrote for Cycle News, Cycle World, and anyone else who would buy his stories and pictures about MotoGP, motocross, or pretty much anything he might find interesting on two wheels. I didn't know Abrams from anything other than his writing, but I liked him and thought of him as a "good guy." By my current standards, he was not old enough to be a geezer. He was, literally, working on another motorcycle story when he died in his apartment at his desk.

If you didn't need stuff like this as a reminder that life is short and then you're dead, good for you. I'm inclined to get caught up on the daily grind of making a living, paying the bills, and worrying about other people's problems and time blows past my way too fast. The last decade has been one of the most pleasant of my life. Mostly, because I have taken work way less seriously, worried about making assholes richer almost not at all, and taken more time to appreciate my friends, family, and good fortune. Today, I'm going to take a ride and appreciate the fact that spring has finally arrived (at least for a few days) in Minnesota and I'm still able to enjoy it. I suggest you do something equally fun. It's Sunday, the day even some of the 99% get to fuck off.
Posted by T.W. Day at Sunday, April 28, 2013