Every human activity that wants to pretend to be "professional" disguises itself with acronyms and jargon. I've found that the more psycho-babble a "profession" uses, the more likely what it does is simple and accessible for ordinary people. I spent a good bit of my life in manufacturing and, when I was a manufacturing engineering manager, I banned acronyms from meetings and interdepartmental conversation. I refused to bother to remember what JIT, QA and QC, CA, ROI, SMT, ATE, and a bunch of other silly terms stood for. Just say "just in time," "quality assurance" or "quality control," "cost analysis," "return on investment," "surface mount technology," "automatic test equipment," or whatever thing or activity you're trying to describe. Nobody but other fools are impressed with the list of alphabet collections you've memorized. People who are interested in fixing problems need clear communications, not techno-babble.

When I was sentenced to ten years in medical devices, for my previous poor career choices, I stepped into a whole new world of mis-communications. The thing that popped out over time was the realization that doctors are no more special than engineers or politicians or motorcyclists. Some are really talented and some are so bad that they shouldn't be allowed to prescribe aspirin without adult supervision. The absolute worst cardiologist I ever stood next to in a surgical environment spoke exclusively in series of acronyms, most of which had no relationship to each other and made no more sense than a tele-evangelist "speaking in tongues." The dude cut himself with his scalpel and used a string of acronyms to bitch at his nurse for handing him a sharp knife. 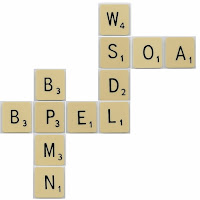 Pretty much anyone who lives in the computer software design world speaks techno-babble. The obvious result is the ill-mannered, user-hostile, virus-laden bugware we all use at work, on the internet, and at home. Video and audio people love acronyms and jargon more than pictures and music. In fact, I think every technology uses these useless non-words to complicate admission into the "club." The upside is that after you've spent the time to learn the jargon, you'll have discovered it was not worth the effort. I think that's an upside.

Motorcycling is starting to develop some motorcycle acronyms, which bothers me. AGAT, for example, is a really bad idea. We should say it loud and proud; all the gear, all the time. Hiding this critical idea behind an acronym is a terrible idea. We need all of the All the Gear, All the Time members we can get. The brand acronyms are the worst; HD (Hundred Dollars . . . for everything from bandanas to oil filters), KTM (Keep Taking Money), and BMW (Broke My Wallet) for example. Clearly disrespectful and divisive. The acronyms of our organizations are just as uninformative and often misinterpreted: ABATE is often mistaken for Always Beer At The Event, for example. The AMA is often confused with the American Medical Association, which really pisses off the docs when bikers show up at one of their tony events. Goofy riders are called SQUIDs, the best interpretation of which is Stupidly Quick, Underdressed and Imminently Dead. The MSF appears to be totally fascinated with acronyms, SEE, FINEC, BRC, ERC, BRC II, and all sorts of secret code letters I can never remember. Lucky for me all the other instructors remember that stuff. I just concentrate on not screwing up my demos and keeping the SQUIDs from killing themselves or other students.
It might be obvious by now, I'm totally unsuited for any activity that requires an ability to remember what a few loosely associated capital letters might mean. In fact, I'm usually inclined to think about something else when I'm expected to know that kind of crap. I can't help but think of these little inside "jokes" as disinformation. While words have meanings and can even hurt us more than sticks and stones, acronyms don't mean squat unless you're in on the joke. As my kids would happily tell anyone who asks, I'm never on the inside of anything. They won't even let me park next to "hip." So, yeah, maybe it's sour grapes but I'm going to continue pretending to avoid acronyms and jargon while everyone else knows that I'm just a clueless goof. No change there, right?
Posted by T.W. Day at Saturday, March 16, 2013