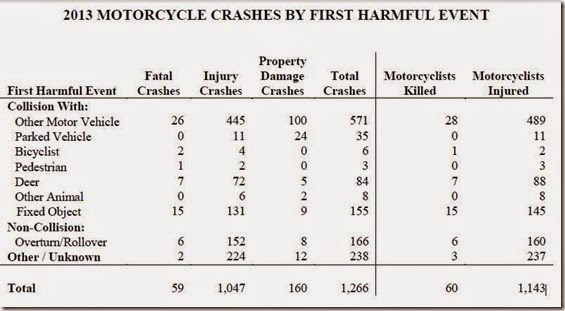 When I invited him to hang out at last year's ZARS customer appreciation event, a friend replied, “I think I need a class on how to go slower and stay out of the way more effectively. That's my thing; ride on empty roads. You won't find me in any ‘single vehicle accidents’.” That’s not an uncommon theory on safe riding. However, statistics in Minnesota don’t support that theory of accident prevention.

The chart that is most applicable to this discussion  is this one (at left).  The overwhelming majority of fatalities happened where the population of a city or township was “under 1,000.” The big cities accounted for damn few fatalities, crashes, or injuries, in fact. So much for being terrified of the big, bad freeway. The state used to track and report the sort of roadway that crashes occurred on, but the 2013 report didn’t seem to contain that information. Like city populations, the relationship between getting killed and being on a low traffic road was direct. For a variety of reasons (see the chart below), most of what gets motorcyclists killed is counter-intuitive. The hope that being on a lonely road out in the country or cruising through small towns is a crash preventative is wrong-headed. It just doesn’t work that way. 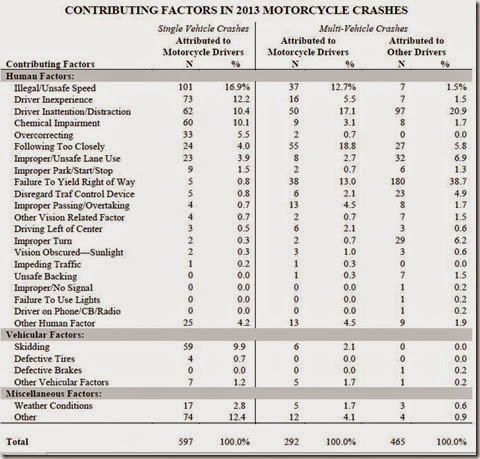 Sunday, I did not one time receive any encouragement to “go faster” from any of my ZARS coaches. When I did something well, I was complemented, but not once did Joe, Brent, Debby, Karen, or Jessica say anything about how I might increase my speed. In fact, Brent consistently gave me exercises I could use at lower speeds to work on control, precision, and getting smoother in my cornering transitions. All of my coaches were way faster than me, but making me fast was never a goal of mine and, therefore, it wasn’t one of theirs.

If you look at the “contributing factors” in the chart at right, I hope you’ll see a whole lot of situations where better general handling skills would have saved a few dozen lives at any speed and on any kind of road. 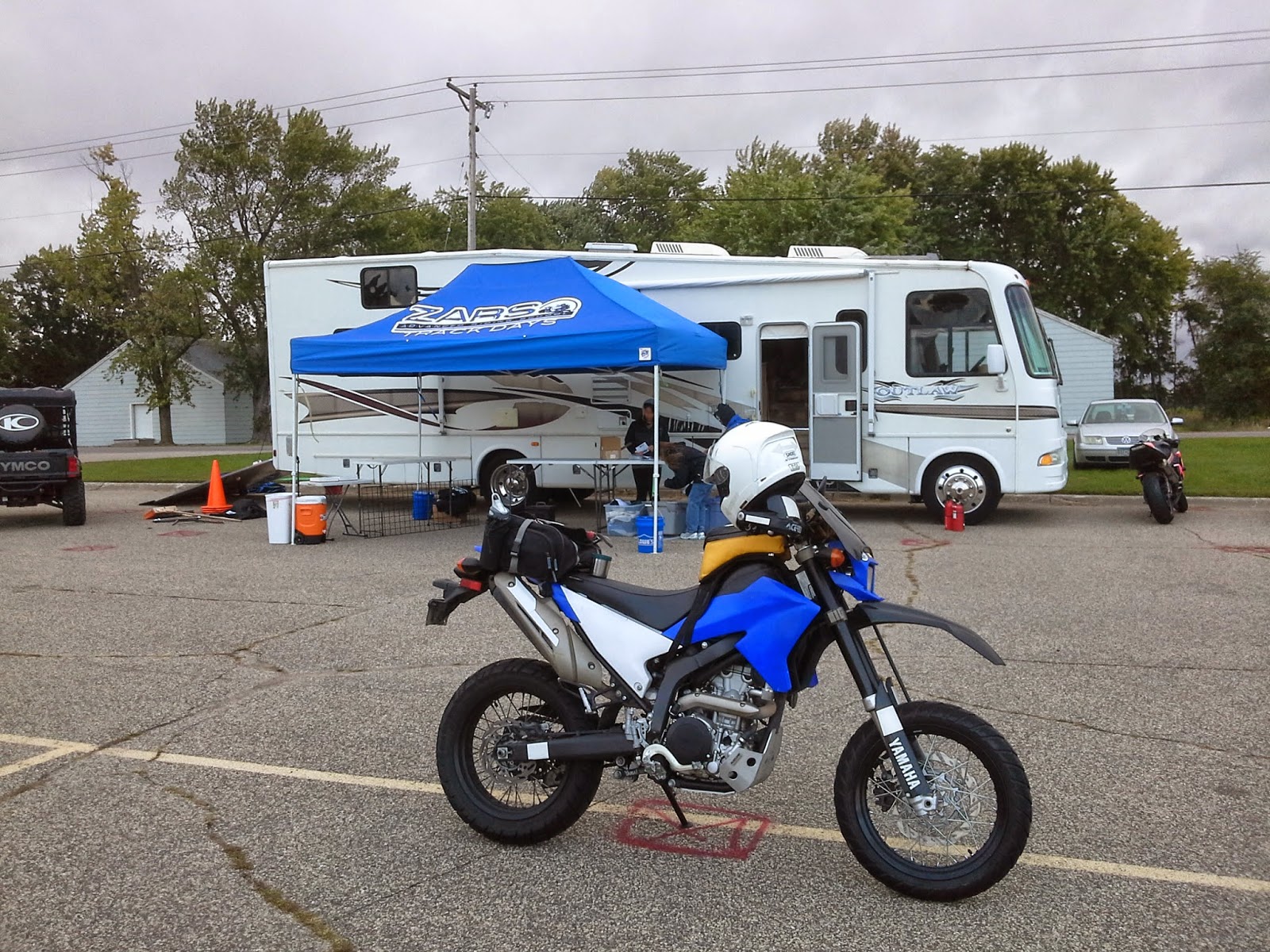 From the stats shown in the last graphic, accidents that may have been avoided by additional training are pretty high but so are the ones that training doesn't address. Can you fix stupidity? (Chemical impairment, excessive speed, distracted driving) It would be nice to know what made up the"other" category as it is statistically significant.

The only way to foolproof a system is to get the fools out of the system.