I was wrapping up a Basic MSF course a few weeks ago, telling the new motorcyclists about the 10% discount they'd receive on gear at local dealers by showing the completion card when one of the students asked, "Where do you buy your gear." Somewhat dishonestly, I named the usual suspects without thinking much about it. And I do try to buy locally whenever possible, but it's harder to make that possible all the time.

First, my favorite local dealer, Kline Motorsports, closed its doors last fall. Jim Kershaw, Kline's parts manager, went above and beyond my expectations for customer support and I, in turn, went way beyond my usual routine in making sure that I bought all of my V-Strom parts from him. When I was getting my gear ready for a 2007 trip to Alaska, I'd heard stories about how easily bad gas could wreak the V-Strom's fuel pump and I was all ready to buy a backup pump for the trip. When I explained my plan to Jim, he said, "Don't worry about it. I'll order one and, if you need it, we'll drop ship it to where ever you are." From then on, I bought everything from spare screws to gloves to repair parts from Kline. I didn't even go on-line to compare prices. I bought several hundred dollars worth of stuff from Kline every year and usually placed my orders over the phone. They didn't ask for advance payment and always delivered what I ordered within a few days.

My experience with two other local dealers goes back to when I first moved to the Cities, in 1996. I was riding a Yamaha TDM at the time and neither dealer stocked any parts for that bike, neither could get parts in less than a couple of weeks, and both required that I visit their parts room with a credit card before they'd order anything for me. I can do better than that on-line, without the hassle of dealing with the arrogant parts counter kids. Honestly, I sometimes think my usual on-line supplier is personally more interested in my business than the local guys demonstrated. Unlike most Americans, I have a long memory: "Burn me once, shame on you. Burn me twice, shame on me." Almost 25 years later, I still have a more personal relationship with Beach Yamaha in California than I've managed outside of Kline. It didn't hurt that the service manager and I both rode XTZ550's (his was a way cooler Canadian white version), but that store actually bothered to take customer names and worked to maintain that database.

Recently, I ran myself through the local service cycle to see if anything had changed. I needed an air filter for my WR Yamaha and I wanted it fast. I called the local dealers. Nobody had a filter in stock or knew how long it would take to get one and everyone wanted a credit card number to order the part. I called my neighborhood store for an aftermarket replacement and . . . again, a credit card and an undetermined wait and the kid wanted me to call the order line because he was too important to transfer the call. I went across town, got a counter guy who claimed to be able to get the part in a couple of days. I coughed up the credit card and waited. A week later, I called about the filter and was told it was coming from the other end of the country and I'd be notified when it arrived. There was no option to cancel the late order or inclination to call to tell me the two day delivery wouldn't happen.

My favorite on-line supplier had it in stock and could have delivered it next-day if I'd have paid the extra freight. So, while it would be hip and community-oriented to always buy locally, it's often the hard way to go. 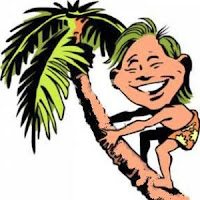 The problem is that local dealers aren't all that interested in local customers. Their employees are mostly Boomerang Kids who have been convinced that living in mommy's basement and working at a motorcycle shop makes them cool. They don't need the job, or any job, and don't give a damn about the store's customers or the store itself. The store owners are disconnected from their customers and their business processes. Yamaha doesn't do it's dealers any favors either. Yamaha's "Greater Twin Cities Yamaha Dealers" site lists six dealers, including dealers in Belle Plaine, St. Bonifacius, and Forest Lake. The Hitching Post, Delano, 61, or Starr Cycle weren't even listed.

I, clearly, have some habits to break if I want to buy locally. First, I have to give up entirely on the dealers who have been useless in the past, regardless of how close they are to where I live. Starr Cycle, for example, has been incredibly helpful in the past but the 90 miles to Mankato is an obstacle. The same goes for Delano Sports Center, 45 miles from my home. Two to five hours of road time is hard to call "local," but you do the best you can with what you have.

A depressed economy doesn't just weed out the weak and incompetent. According to some reports, Suzuki lost almost 30% of its US dealers in 2008-09. A lot of good businesses have failed in the last four years and a lot more are on the edge. It's almost impossible for a working class dealer to overcome competition that is backed by a substantial trust fund. The good dealers need all the support they can get, but it may not be enough to overcome a stagnant economy. Going through the maze of chaff to find the good dealers is enough to drive anyone to the internet (where we search for the dealers in the first place). This is exactly what kills local business.
Posted by T.W. Day at Monday, January 23, 2012