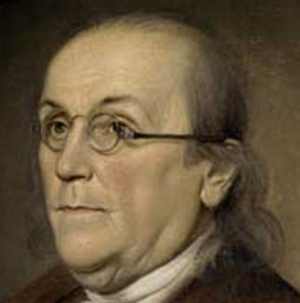 I spent the week with my "little brother" and we made a loop around Lake Superior on two of my motorcycles: the WR250X (me) and the 650 V-Strom (Larry). Early on, I discovered he shares a dysfunction with my wife. Larry and my wife lived the first decades of their life blessed with great eyesight. Now that they are old, they need glasses but won't wear them because it makes them look/feel old.

I have always been legally blind in one eye and somewhat sighted out of the other. Going from single-prescription glasses to bifocals was no big deal for me. In fact, I started experimenting with bifocals when I was in my mid-40's. Since I've always resembled a troll and have never been cursed with worrying about looking good, smart, or young, glasses are just one more nail in the coffin of my un-coolness.

As best I can tell, some old people resist wearing bifocals because they think glasses make them look old. So, they squint helplessly at menus and other text and ask other people to read for them or fumble through their pockets and purses looking for their "reading glasses." They also screw up a lot because they can't read anything with print smaller than a traffic sign. In short, because they can't read normal text, they look dumb a lot. 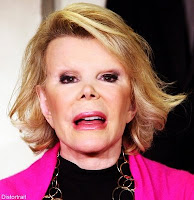 Even with a zillion dollars in plastic surgery behind her, Joan Rivers still looks and moves like a geezer. She's just a freaky scary looking geezer who inspires me to look for a cross and a stake whenever I see her face.  Here's a hint, it's not the glasses that makes you look old. It's being old that makes you look old. You really have only two choices to worry about: wearing glasses or don't. If you don't, you'll be a squinty geezer who also appears to be illiterate. Or put another way, look old or look old and stupid. It's your choice.
Posted by T.W. Day at Monday, July 25, 2011